This Survivor Escaped; Millions Remain Trapped - FreedomUnited.org
This website uses cookies to improve your experience. We'll assume you're ok with this, but you can opt-out if you wish.Accept Read More
Skip to content
Back to Global News 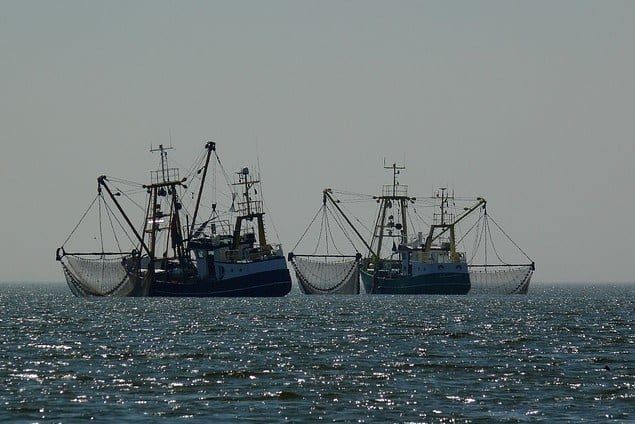 This survivor escaped, but millions of victims are still trapped. Vannak Prum left his home in Cambodia to take a job that would allow him to support his pregnant wife, but he was coerced into believing a lie, and his life became a nightmare instead…

For three years he was the victim of forced labor, working up to 20 hours each day on a fishing vessel near Thailand.  If he or his co-workers weren’t producing the desired results, they would be beaten with stingray tails by his captors. He eventually jumped off the boat and used plastic containers as buoys, swimming miles to shore.

He escaped, but many more are still trapped.

The International Labour Organization (ILO) says there are 21 million people around the world who, like Vannak Prum, are trapped in forced labor.  ILO defines it as “all work or service which is exacted from any person under the menace of any penalty and for which the said person has not offered himself voluntarily.”

This makes human trafficking in the form of forced labor sadly prevalent across global supply chains. People around the world are coerced to fish and farm, mine and manufacture, their handlers – “labor brokers” who connect the desperate-for-work to the despicable-for-profit – seeking to make money in what’s been estimated by the ILO to be a worldwide industry of more than $30 billion.  It is a practice deeply and unfortunately embedded in supply chains across multiple industries and nations. And it touches even the most iconic of companies. Nestle recently admitted, after a year-long internal investigation, that slave labor was involved in the production of its Fancy Feast cat food brand. Other well respected companies have also recently been caught up in forced-labor accusations.

The Guardian once wrote about Nestle’s slaves, “It’s hard to think of an issue that you would less like your company to be associated with than modern slavery.”

So the question is, with all the global pressure and new laws, are the leaders of supply chains making sure they are eradicating slavery from their chains of supply?  Or are they just trying to stay under the radar, hoping they don’t become the net Nestles?

This article says that hope isn’t really a strategy  They argue that inefficient methods now employed by supply chains, is not a strategy either.  It is time for a more modern approach as a path forward–like data and analytics.