The Teacher Walking 500 Miles to Fight Human Trafficking - FreedomUnited.org
This website uses cookies to improve your experience. We'll assume you're ok with this, but you can opt-out if you wish.Accept Read More
Skip to content
Back to Global News 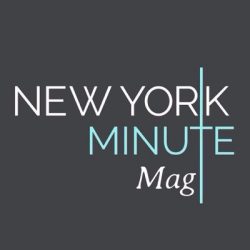 A history teacher at Arlington High School in Nebraska is walking 500 miles to raise awareness of human trafficking.

Barry Jurgensen, who is a member of the education committee for the Nebraska Human Trafficking Task Force, will walk from Omaha to Scottsbluff.

He says along the way he will spread Walk Forever Free’s message to “educate Nebraska’s youth about slavery of past and present and to empower them to contribute to a global society by taking action against injustice through advocacy.”

Jurgensen is partnering with several different organizations based in Nebraska, like The Set Me Free Project, I’ve Got A Name, the Coalition on Human Trafficking, and the Central Nebraska Human Trafficking and Immigration Outreach.

Jurgensen said, “My message is the only way to fight human trafficking is a network of communities working together to prevent it and stop human trafficking from existing. It’s been around for hundreds of years; we just keep renaming it. I think it’s time for everyone to realize slavery is slavery, and we need to do something to stop it.”

This is the second time Jurgensen will be making this 500-mile journey. In 2016, the teacher raised more than $27,000 for Frederick Douglass Family Initiatives, which is an abolitionist organization “dedicated to fighting human trafficking through education initiatives in schools and communities.”

Jurgensen says that raising awareness of trafficking starts from simply meeting people and starting a conversation. He said, “The most beneficial thing is to meet people. Then, they introduce you to other people. You get dialogue started about the issue.”

“I know last year when he was in Chicago, we felt a great sense of accomplishment with everything we did and we have a lot to be proud of, but we both said we weren’t done. I think today and the start of this walk is a testament to the fact that we’re not done and the work isn’t done and it won’t be done until slavery doesn’t exist anymore,” she said.

Congratulations for you hard work to end slavery Mr. Jurgensen and Ms. Sims!