The Health Drinks Fighting Human Trafficking in the Amazon - FreedomUnited.org
This website uses cookies to improve your experience. We'll assume you're ok with this, but you can opt-out if you wish.Accept Read More
Skip to content
Back to Global News 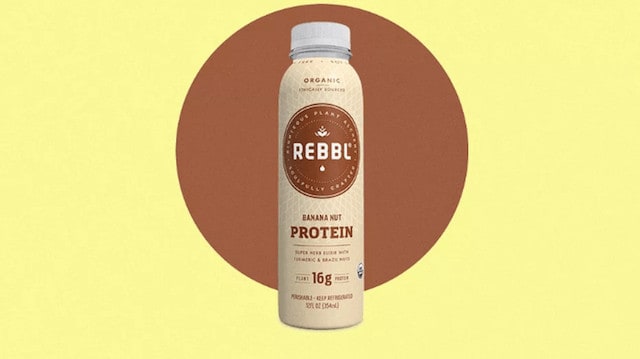 The Health Drinks Fighting Human Trafficking in the Amazon

Dave Bastone, the co-founder of Not For Sale, an anti-trafficking non-profit, has worked with victims around the world for more than a decade. But recently had a revelation.

“It really struck me that I could be building 10,000 shelters and I wouldn’t really address the root causes of trafficking, nor would I make a dent in the 30 million-plus people who were caught in the practices of human trafficking around the world,” he said.

“So I said, why don’t I come up with a more viable business strategy?”

In Lima, Peru, Not For Sale found that indigenous families in the Amazon were struggling as illegal logging and mining threatened their livelihoods, resulting in traffickers targeting their children for the sex industry.

Hence an idea was born: by strengthening the local economy and local livelihoods, families — particularly their children — would be less vulnerable to trafficking.

A brainstorming session led to an idea to spin off a new startup: Rebbl, a drink company that sources ingredients from the Amazon, and, later, from other impoverished parts of the world. “We wanted to create a profitable venture that would bring back viable economic platforms in the Amazon,” says Bastone.

One recently launched “banana nut protein” drink, on sale at stores such as Whole Foods, uses protein from Amazon-grown Brazil nuts as a key ingredient, after several years of work on logistics. In 2013, Not For Sale started working with Amazonian villages to help get organic and Fair Trade certifications for the nuts.

The trees can’t be grown in plantations–they rely on a diverse ecosystem to survive–and harvesting the nuts from the wild makes the supply unpredictable. The company also had to formulate a recipe that worked well with other ingredients.

But the nuts are an important source of livelihood for the community, and by buying them the company can help build the local economy. The same is true of other ingredients that the company sources, like maca root, an Andean herb, or ashwaganda, an herb grown by women on organic farms in India.

2.5% of Rebbl’s profits go back to Not For Sale, which uses the money to invest both in education about the risks of trafficking and in infrastructure such as schools, water, and new agricultural plots.

While Rebbl and Not For Sale have yet to formally study the impact of their work, anecdotally it looks to be working. Not For Sale says the communities it works with in the Amazon haven’t had a trafficking incident in the last five years.

Besides all of the above, they’re delicious. The golden-milk drink is my favorite way to get turmeric into myself. I have a peculiar little fussiness about lumps in my food or drink, so after shaking loose the little bits that have stuck to the inside of the bottle, I pour the drink through a tea strainer.