Thai Court Fines Andy Hall $321,000 for Defamation - FreedomUnited.org
This website uses cookies to improve your experience. We'll assume you're ok with this, but you can opt-out if you wish.Accept Read More
Skip to content
Back to Global News 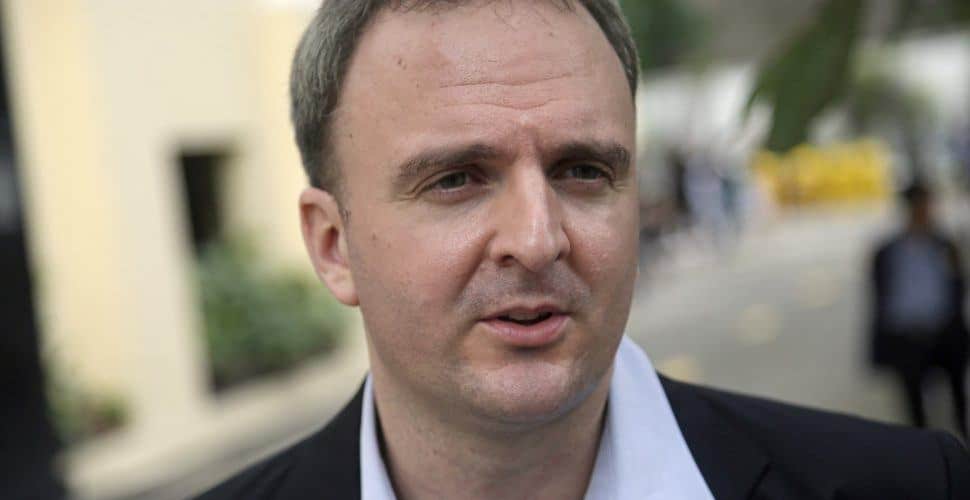 A Thai court in Bangkok has ordered labor rights activist Andy Hall to pay 10 million baht ($321,000) in damages for defamation.

Hall’s legal troubles stem from a 2013 report he researched for the Finnish consumer organization Finnwatch that alleged labor abuses at Natural Fruit’s facilities. They also concern an interview that he gave to Al-Jazeera on the subject, which was the focus of Monday’s ruling. Natural Fruit claimed that the report Hall helped research and his interview comments both hurt their business.

Hall has prevailed in one of the two criminal defamation suits against him, while the other is pending, as is another civil suit. He has also filed a countersuit against Natural Fruit.

After the verdict was issued, Hall expressed his disappointment on Twitter. “This verdict is a major setback for rights of human rights defenders, migrant workers, labour/migration activists and researchers everywhere and casts a dark shadow over recent positive progress the Thai government and Thai industry has made to improve migrant worker conditions.”

Thailand has been the subject of international scrutiny after major media investigations uncovered widespread human trafficking and forced labor in the country’s seafood industry. Notably, Hall had also worked with several fishing and seafood companies in Thailand to improve labor conditions for migrant workers.

Observers say Hall’s case is being closely watched by companies that source from Thailand and human rights activists.

Phil Robertson, deputy Asia director for Human Rights Watch, explained that defamation is being used as a tool by companies to silence criticism.

Mr Hall is to be applauded for fighting against thr low life perpetrators of slavery in Thailand.This man deserves a medal.

If the Court is also corrupt and will not listen to evidence against these companies, then the Judges should be forced to stand-down

I saw the exploitation of Burmese with my own eyes in a resort in Koh Phangan..There is no freedom of speech in Thailand..I lived and work there I know this very well

I have lived in the country for over 20 years and I would say there has generally been a relatively high level of freedom of speech. However, the military has curtailed this somewhat since 2014, yet most of the media, such as newspapers, have a high degree of freedom, save for discussing the monarchy.

How can we incentivate people not to buy “Natural Fruit” product? Is anywhere a map of their distribution network?

The courts wrongly accused Hall of wrongdoing, when those who behaved criminally are the businesses denounces by Hall’s investigative work. His revelación of mistreatment of migrant workers is one that SHOULD lead to the indictment of those found guilty, not the human rights worker denouncing such egregious behavior. This decision to punish Hall is fundamentally immoral and unfair.

There is an old saying, of Chinese origin if I am not wrong, that when you point to the Moon to a stupid person, he rather looks at the finger… 🙁

Then hold Freedom United to do about it, something that I have not yet heard of it doing, but it’s only trustable if it does. Make widely known, and cite for use of, multi-country breakthrough the Non-Finality Situation. courtchange.wordpress.com/the-court-change-or-the-non-finality-situation/, which makes courts faultable, it ends the abusable power of final decision. It applies to Thailand courtchange.wordpress.com/the-court-change-or-the-non-finality-situation/country-list/