Nxivm 'Self-Help' Group Founder Arrested for Sex Trafficking - FreedomUnited.org
This website uses cookies to improve your experience. We'll assume you're ok with this, but you can opt-out if you wish.Accept Read More
Skip to content
Back to Global News 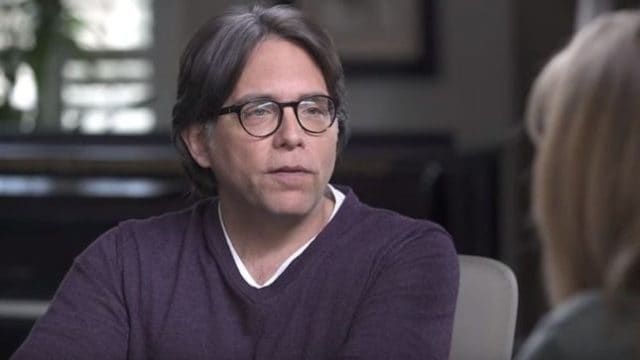 The co-founder and leader of “self-help” group Nxivm, Keith Raniere, has been arrested for sex trafficking female followers. Victims were even branded with his initials.

Nxivm was based in upstate New York, but Raniere was arrested in Mexico and returned to Texas on Monday. Raniere fled the United States late last year after the New York Times published stories of women who defected from Nxivm.

According to the complaint, Raniere – known within the group as “Vanguard” – oversaw a barbaric system in which women were told the best way to advance was to become a “slave” overseen by “masters”.

They also were expected to have sex with him and do menial chores for masters, and to keep the arrangement a secret or be publicly humiliated, the complaint said.

The complaint said that many victims participated in videotaped ceremonies where they were branded in their pubic area with a symbol featuring Raniere’s initials.

“During the branding ceremonies,” the complaint says, “slaves were required to be fully naked, and the master would order one slave to film while the other held down the slave being branded.”

Nxivm also has a Mexican affiliate run by Emiliano Salinas, a son of a former president of the country. The New York Times reported that several of these women travelled to Albany, New York, where they underwent the branding ceremony.

Investigators added that Raniere preferred his victims to be exceptionally thin, meaning the women had restricted diets and were made to document every food they ate.

In a statement, Raniere denied all of the reports of abuse, writing “These allegations are most disturbing to me, as non-violence is one of my most important values.”