Teenager Tells of Domestic Slavery in London Flat - FreedomUnited.org
This website uses cookies to improve your experience. We'll assume you're ok with this, but you can opt-out if you wish.Accept Read More
Skip to content
Back to Global News 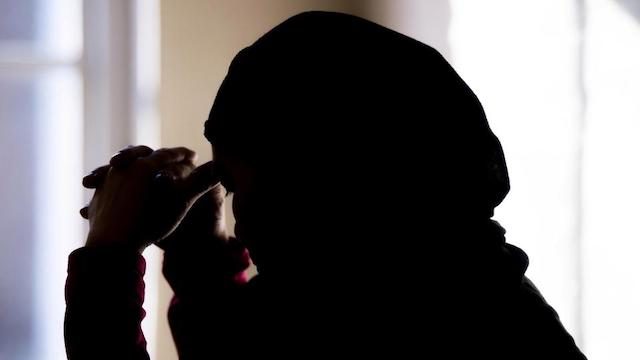 Amy was just 18-years-old when she took off for the UK from Ghana to take up a job as a nanny. Orphaned in 2013, Amy was befriended by a ‘lovely’ woman named Mary who promised to take her to the UK, where she would look after Mary’s five-year-old daughter.

“She knew I didn’t have family and was a hard worker, so she got me a passport paid £6,000 so I could travel over,” recalled Amy.

“Because of the money she’d spent, I felt like I owed her big time.”

But soon after arriving in the UK, it became clear that Mary was not who she seemed to be. Amy was forced into working 20-hour days, sleeping on the floor, and going days without food.

Amy says: “I went through hell.”

“The only clothes I had were hand-me-downs and I slept about four hours a night. She didn’t want to see me sleeping – if she was in the house and awake I had to stay up just in case.

“I’d sneak one or two meals in when she was out – I’d have eggs and rice, just cooking leftovers.”

Sobbing as she remembers her ordeal, Amy says that Mary pimped her out to strangers who came to the flat.

“Within a month she began to let men sleep with me.” It happened twice a week – men came over, paid her a handful of notes, raped me and left.

Amy says Mary threatened her if she didn’t obey. “She took my passport and told me to stay away from the police, and if I talk to them she would stab me with a screwdriver. So I just did what she asked.”

Finally, after 18 months of abuse, Amy couldn’t take it any longer. She broke the lock on the front door and ran away, ending up homeless and sleeping on the streets.

Amy, now 25, has found support from the Sophie Hayes Foundation, a charity set up to help victims of trafficking. She lives in temporary housing, but says she still suffers from the trauma.

“I don’t trust people. I don’t sleep properly and am on antidepressants. For a long time, I wanted to take my own life. I didn’t see the point of living in this world.”

Amy’s story is far from rare, and this story is part of The Sun and Co-Op’s campaign, “Stamp Out Slavery,” which aims to build support for the Modern Slavery Victim Support Bill proposed by Lord McColl.

What can I say? Reading this what can anyone say? Sorry is not enough, where were the neighbours of this evil woman Mary, why didn’t they report to the police what was going on, this mentality of its none of my business has to change, it’s better to be wrong than right and to have done nothing to stop it.