Tanzania Tackles Child Marriage - FreedomUnited.org
This website uses cookies to improve your experience. We'll assume you're ok with this, but you can opt-out if you wish.Accept Read More
Skip to content
Back to Global News 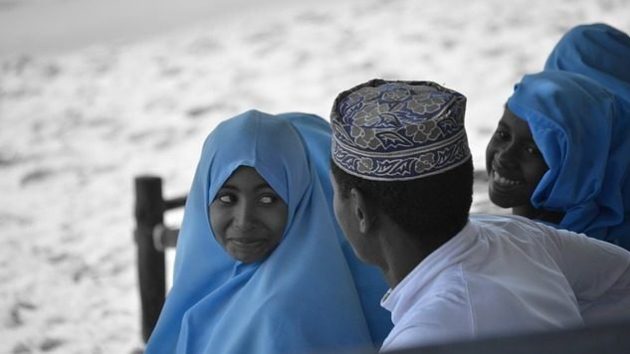 In Tanzania, if a man marries a schoolgirl or impregnates her, he now may get thirty years in prison…

The new ruling is the government’s way of being tougher in cracking down on child marriage and teenage pregnancy.

Tanzania is an east African nation that has one of the highest adolescent pregnancy/birth rates in the world. According to the Tanzania Bureau of Statistics, 21 percent of girls 15 to 19 have had children.  It is already a crime to have sex with underage girls in Tanzania, but poor families often give their young daughters in marriage for money. There was a special dispensation under the marriage law that let girls as young as 14 marry with parental or court consent.  But now, the new ruling passed by parliament makes it a crime for anyone to marry a primary or secondary school girl under any circumstance.

Tanzania’s Attorney General said the new measure was launched as part of Tanzania’s free education policy that was initiated in January.  “We are aiming to create a better environment for our school girls to finish their studies without any barriers,” he told parliament.

Worldwide, 15 million girls are married off as children every year. Early marriage not only deprives girls of education and opportunities but increases the risk of death or serious childbirth injuries if they have babies before their bodies are ready.  Child brides are often disempowered and at greater risk of domestic and sexual violence and HIV, experts say.

A Tanzanian women’s rights group TAMWA: “Girls who are married off at a young age are being denied the freedom to make informed decisions later in life.”

According to this new law…”any person who impregnates a primary school or a secondary school girl commits an offence and shall, on conviction, be liable to imprisonment for a term of thirty years.”

All school heads must now submit a report about students who were married or pregnant to the Education Ministry.

This new law protects school age girls from “predators”, but women’s rights campaigners said greater recognition of the importance of girls’ education is crucial to the battle against child marriage.  One blogger, Leila Sheikh wrote: “I think we ought to focus on imparting life skills to girls in school, so that they can be assertive to say no.”

One young woman, 21-year-old Emily Nyoni who was expelled from her Dar es Salaam school in 2012 after falling pregnant, believes that girls who are kicked out of school for getting pregnant should be allowed to return to their studies after giving birth. “I think it is wise to punish men who impregnate school girls, but the government should also allow those who get pregnant to go back to school.”