Syrian Refugee Child Brides Triple - FreedomUnited.org
This website uses cookies to improve your experience. We'll assume you're ok with this, but you can opt-out if you wish.Accept Read More
Skip to content
Back to Global News 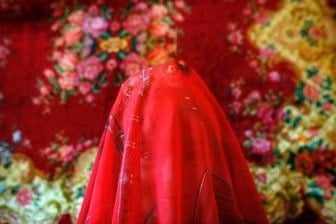 The organization, CARE, says that the number of Syrian refugee girls forced into marriage has tripled …

CARE reports that globally a child becomes a bride every two seconds.