Surge in Global Demand for Cobalt Fuelling Child Slavery in DRC - FreedomUnited.org
This website uses cookies to improve your experience. We'll assume you're ok with this, but you can opt-out if you wish.Accept Read More
Skip to content
Back to Global News 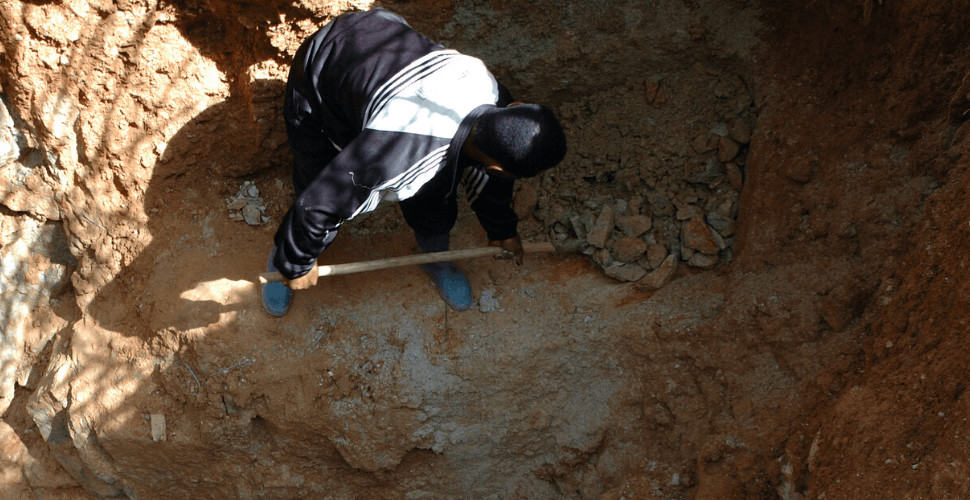 The global demand for cobalt is surging, its price doubling within the last year alone.

The mineral is largely used to stabilize batteries in phones, computers, and electric cars. But there’s a darker side to cobalt’s usefulness.

Most of the world’s cobalt comes from just one country in Africa, the Democratic Republic of Congo (DRC), where labor exploitation and dangerous child labor is rife in the sourcing of the mineral.

Amnesty International estimates that the increase in demand for cobalt has worsened the problem, with miners luring tens of thousands of children to work at the mines to meet production demands.

Much of the cobalt mined in the DRC is extracted from small mines, sometimes literally run out of semi-rural backyards.

Former child labourer Yannick from Kolwezi, a city of more than 500,000 people in the south of the DRC, dropped out of school and went into full-time work at the age of seven.

“When I was going to the mines it was to look after my family, because there was a lot of suffering,” Yannick said.

Yannick said the work in the mine involved intense physical labour using only a crowbar, and said conditions underground were generally hot and sticky.

“People died in the mine, and you could suffocate when you are deep in the mine,” he said.

Amnesty International researcher Lauren Armistead explained that “Often the children are not engaged in the mine pits themselves, but they will be engaged in tasks such as crushing, transporting, sifting and carrying heavy loads.”

Still, she added, “The work, by its very nature, is the worst possible form of child labor.”

In light of the abuses in the cobalt supply chain, many are hopeful that Australia’s new Modern Slavery Bill could be a game-changer. The law could affect around 3,000 Australian companies, compelling them to address human trafficking and forced labor in their supply chains.

Professor Jennifer Burn, a lecturer at the University of Technology Sydney Law School and a spokeswoman for the organisation Anti Slavery Australia, says companies need to do more to take responsibility for labor abuses.

“When we see goods that are becoming cheaper and cheaper, we should wonder about the source of those goods,” she said.

Children must not be made to work in such conditions. They must be able to go to school and learn how to do better work