Stop Human Trafficking and Its Illegal Profit - FreedomUnited.org
This website uses cookies to improve your experience. We'll assume you're ok with this, but you can opt-out if you wish.Accept Read More
Skip to content
Back to Global News 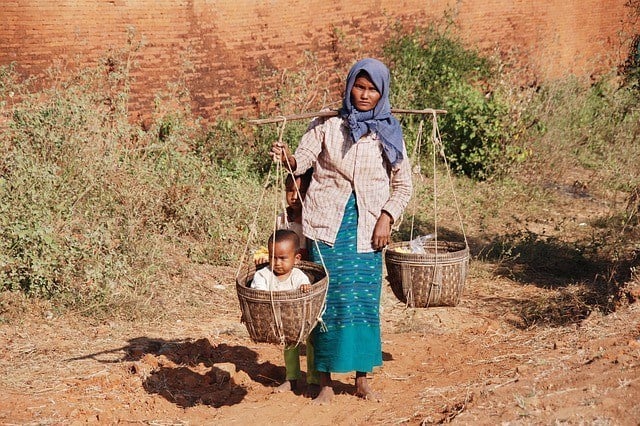 Stop human trafficking, put it out of business, end the $150 billion that is generated annually by traffickers who trap others into forced labor…

That is the challenge posed by this article that was co-authored by Cyrus H. Vance Jr, Manhattan District Attorney.  There is a lot of money being made by those who place more value on profit than people.

From sex traffickers making a business out of prostitution, to international corporations relying on forced labor to keep costs down, every day an estimated 21 million men, women and children around the world are exploited in silence. That’s the equivalent of the amount of people living in New York, London and Paris together. Of the many kinds of forced labor, sex trafficking grabs the most headlines. Yet, labor trafficking on both a local and international scale remains hidden in the shadows.

The Polaris Project initiated the National Human Trafficking Resource Center hotline.  Since 2007, they received  more than 4,000 calls about labor trafficking. That form of slavery is harder to investigate and prosecute that crimes involving sex exploitation.  In the United States, sex trafficking is illegal.  Therefore authorities can arrest and prosecute those who are caught. But it’s not so simple with forced labor.  It’s harder to detect, making it necessary to rely on third parties.

The good news it that there are many non-profit organizations that are devoted to finding and assisting victims. This article contends that what is really necessary now is that multi-national companies come onboard to join in the fight. And that is actually happening to some degree now.  Their roles are significant to the Movement.  They can switch suppliers when they see issues. They can enforce better auditing and insist on better accountability.

To read the entire article about how to stop human trafficking, click on the link below.