Stand Up to the World’s Richest Nation and Oppose Modern Slavery - FreedomUnited.org
This website uses cookies to improve your experience. We'll assume you're ok with this, but you can opt-out if you wish.Accept Read More
Skip to content
Back to Global News 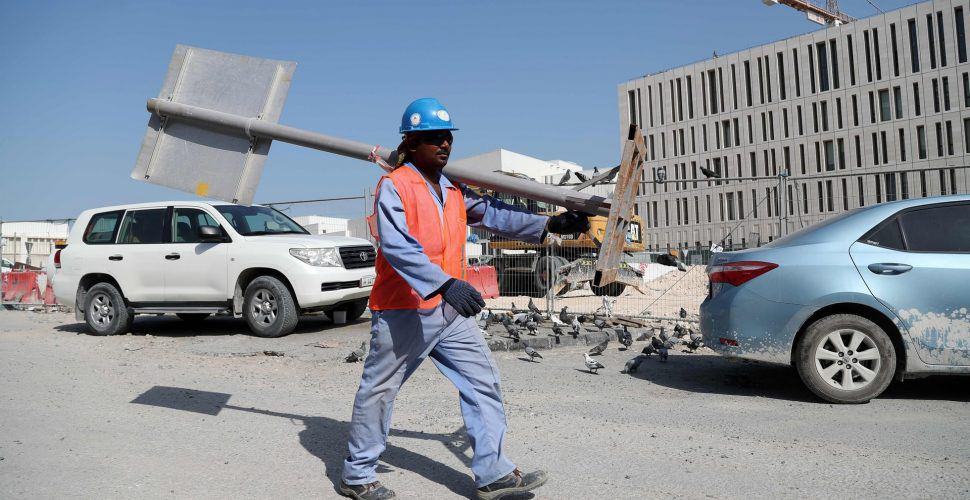 The Qatari government continues to fail in reforming its migrant labor system. Its kafala sponsorship system means migrant workers live totally under their employer’s control in every aspect their lives – from opening a bank account to changing jobs, and even being allowed to leave the country.

This system is corrupt and begins by recruiting using false pretenses, then entrapping them after they arrive in Qatar.

Talking to workers in the squalid labor camps has brought home to me how these proud young men, who have left home to build a future, are deprived of dignity and treated in the most inhumane way. Worse, in the years that I’ve been visiting the camps, nothing has changed. Hundreds of these workers succumb every year to the appalling living and working conditions, returning to their home countries in coffins, their deaths callously written off as the price of progress.

Qatar is the world’s richest country, spending £400m a week on massive infrastructure for the World Cup in 2022.  However, the workers are paid maybe £8 a day. No minimum wage. No unions allowed. And basic work protections lacking.

Winning the World Cup bid could have been a catalyst for change in Qatar, but it has not been yet. Certainly, nothing has improved for the families of the 13 workers who died in a company labor camp fire last June, or for the 500 workers who lost all their possessions in two more labor camp fires this year. They were offered only $50 in compensation and had to rely on charity for food, clothes and bedding.

Qatar lied to the UN’s International Labor Organization, claiming that the exit permit regime for migrant workers has been repealed.

Workers still have to get their employer’s permission to change jobs and even to leave the country. Appeals to a government committee are being refused at a rate of five a day.