Southeast Asians Battle Trafficking in the United States - FreedomUnited.org
This website uses cookies to improve your experience. We'll assume you're ok with this, but you can opt-out if you wish.Accept Read More
Skip to content
Back to Global News 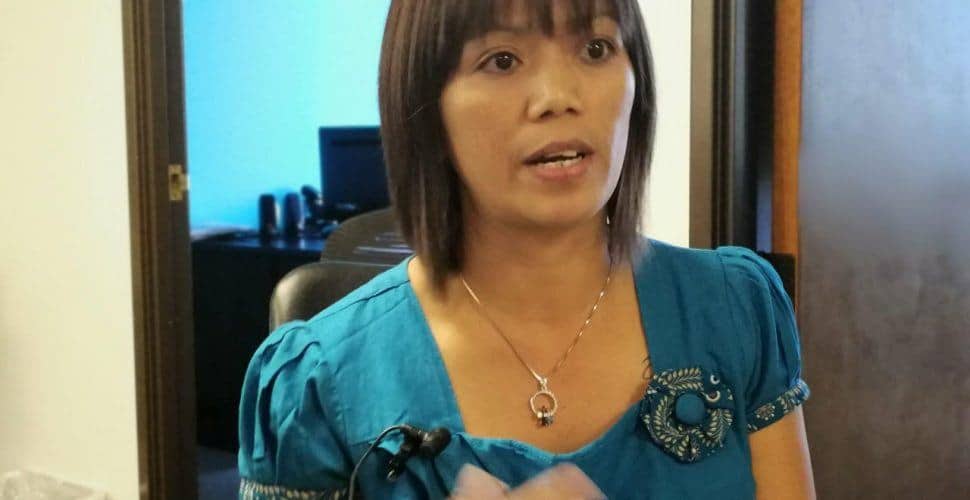 Ima Matul recently completed her two year term on the US President’s Task Force Against Trafficking under Barack Obama. Matul, an Indonesian survivor of trafficking in the United States, has spent the last twenty years working to help other Southeast Asian trafficking victims around the world.

When she was only 17-years-old, Ima took a job as a nanny, travelling to the United States on her recruiter’s promise that she would earn $150 a month. “At that time, it was a lot for me. I was also told I would not have to pay for the airfare or anything,” she said.

“I didn’t get anything as promised. I had no day off or salary,” she recounted. “I was physically and verbally abused almost every single day. I had to sleep in the corner and did not have my own room. My trafficker also made sure that I would not dare to say anything when outside.”

During three years of slavery conditions, Ima got to meet outsiders, from her neighbours in California’s Beverly Hills to a community church and doctors at an emergency room.

But the family, headed by an Indonesian wife and an American-born Chinese husband, made sure that everything would appear normal to outsiders and that Ima would not leak anything that would cause them trouble.

Her neighbours, who usually had informal relations with each other, once took bruises on her face as being caused by her simply falling off a ladder. “When I went to church with them, everything appeared to be normal. I also didn’t really know if anyone else there was abused as badly as I was,” Ima said.

Avelino T Reloj is another survivor of trafficking from Southeast Asia. He travelled from the Philippines to America with the expectation that he would work as a janitor in Missouri.

“I was told that I would be deported if I talked to strangers,” Reloj said. “I ended up being so scared that I could not talk properly to strangers. There was always an invisible tape over my mouth and invisible cuffs on my ankles and my wrists.”

Reloj is now part of the Survivor Advisory Caucus and National Survivor Network of the Coalition to Abolish Slavery & Trafficking (CAST). The organization works to raise awareness of the risk of trafficking, especially for migrants who view the United States as a place of economic opportunity.

“People still want to go to the US despite hearing everything that has happened to me,” Ima said. “So my job is to create empowerment and education for people to migrate safely and prevent them from being trafficked and exploited.”