So Long, CoreCivic. Indianapolis Cuts Ties with For-Profit Prison Company - FreedomUnited.org
This website uses cookies to improve your experience. We'll assume you're ok with this, but you can opt-out if you wish.Accept Read More
Skip to content
Back to Global News 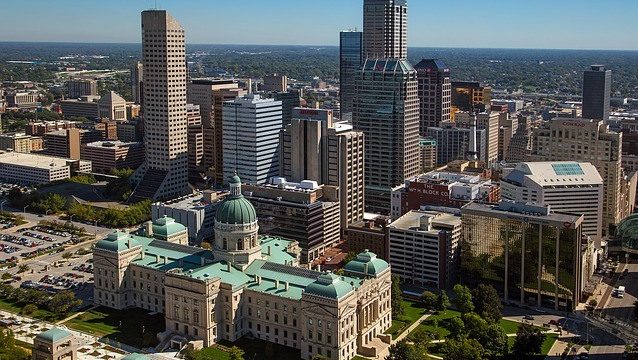 Indianapolis is cutting ties with CoreCivic, the United States’ second-biggest for-profit prison company in a major move to improve its criminal justice system.

“The idea that there would be profit to be made through the imprisonment of our neighbors is something that’s abhorrent to a number of people—many of our constituents cannot process that,” explained Zach Adamson, vice president of the council that oversees the consolidated government of Indianapolis and Marion County.

“Criminal justice is not getting better as long as our primary concern is looking to cut corners and save costs.”

By severing ties with CoreCivic — which is also facing several class-action lawsuits across the country for labor exploitation of detainees — Indianapolis says it can reform its prison system.

When the city heads to Wall Street Thursday to borrow $610 million to build a jail and criminal justice complex on the site of an old coking factory, it’s betting it can better house criminals and rehabilitate them on its own. That means CoreCivic, which has run a Marion County jail for two decades, will lose the contract when the new one opens.

The decision to sever ties with CoreCivic is part of a shift in policy-making that seeks to address a cycle of recidivism that keeps sending repeat offenders back to jail. It joins other governments nationwide, including California, that are reconsidering a reliance on the private companies that stepped in as the war on drugs and mandatory minimum sentencing laws caused inmate populations to soar, leaving more than half of the states paying businesses to incarcerate their residents.

The Indianapolis project is a signature policy of Mayor Joe Hogsett, a former federal prosecutor who in 2016 convened a task force to examine ways Indianapolis could cut crime and address overcrowding in its jails. The group came up with a set of recommendations that emphasized tackling “underlying causes.” Doing so could help chip away at the $440 million spent on the criminal justice system in the city-county each year, the biggest expense for taxpayers, the task force found.

Earlier this month, JPMorgan Chase said it would stop financing America’s private prisons, including CoreCivic and Geo Group. The bank made the decision after coming under fire for lending to prison companies that imprisoned immigrant families.

CoreCivic has criticized both Indianapolis and JPMorgan Chase for cutting ties.

“It’s clear that efforts to sideline our industry are both purely political and short-sighted,” remarked CoreCivic spokesman Amanda Gilchrist.

Still, as Andy Mallon, corporation counsel for the Indianapolis government pointed out, “The goal of the jail system shouldn’t be to fill the beds. We’re trying to reduce crime and reduce the number of people who are involved in crime.”

Congrats to Indianapolis! The irony of Core Civic’s spokesperson name is not lost on me. Gilchrist means servant of Christ. Hopefully she will get the message to act accordingly.

There is still the possibility of CoreCivic to open new shops for themselves as purveyors of discounted labour hire, while they retain any of their former Gold-plated private prison contracts, after all, CoreCivic has been recognized as a legitimate industry……….at least by CoreCivic.

This is the high time for radical changes in the system.Private prisons are absolutly abomination!

So crime DOES pay!