Slave Fishermen Risk Lives to Feed Families - FreedomUnited.org
This website uses cookies to improve your experience. We'll assume you're ok with this, but you can opt-out if you wish.Accept Read More
Skip to content
Back to Global News 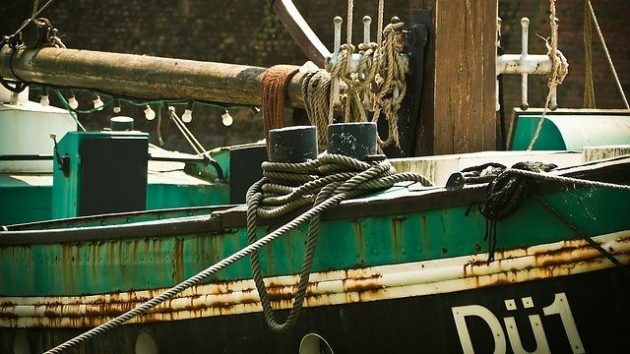 Slave fishermen are risking their lives to feed their families.

When Bruno Ciceri was a chaplain to seafarers in Taiwan’s city of Kaohsiung, every evening he took crates of beer, soft drinks and newspapers to share with the fishermen who came into port. While chatting to them, he came across many cases of trafficking and forced labor – men toiling away for up to 18 hours a day in dangerous conditions, unable to come to shore for months, sometimes years, and given little or no pay. He has helped to rescue many people during his 13 years in Taiwan, and 11 years in the Philippines before that, but said that poverty repeatedly forces people into the work “and we cannot do much about it”.

“I remember one episode when we helped a fisherman in Taiwan to get out of a situation of abuse and … forced labor. He returned to the Philippines, but after several months he was back,” the Italian Catholic priest said from his office in Rome.  “He said: ‘Father, the problem was I need money for my family … so I tried my luck again’.”

The men would often risk their lives fishing so their families can eat.

The priest left Taiwan in 2009 and now directs the Apostleship of the Sea (AOS) International.  The organization is powered by chaplains and volunteers in 350 ports around the world. “If you want to solve the problem of trafficking, not only in the fishing industry but trafficking in general, you have to go to the root cause.”

There are 15 million people who work full-time on board fishing vessels.  And 24,000 die annually (International Labour Organization). They say it is hard to determine exactly how many are trafficked, but it affects many.

Last week, the Vatican and the U.N. Food and Agriculture Organization (FAO) together urged governments to do more to tackle forced labor and trafficking in the fishing industry, and end illegal fishing.

“We have to guarantee that the seafood reaching our plates has been produced not only in an environmentally sustainable manner, but also in a manner that supports the socio-economic well-being of those who harvest and process it,” FAO’s director-general Jose Graziano da Silva said at the joint event.