Singapore Domestic Workers "Highly Susceptible" to Abuse - FreedomUnited.org
This website uses cookies to improve your experience. We'll assume you're ok with this, but you can opt-out if you wish.Accept Read More
Skip to content
Back to Global News 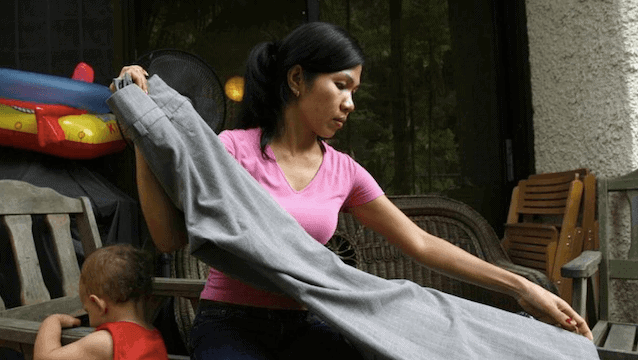 Singapore needs to fix many “draconian” measures in it hiring system for migrant domestic workers, with campaigners saying they make workers “highly susceptible” to forced labor.

A new report released by anti-slavery NGOs, Singapore-based Humanitarian Organization for Migration Economics (HOME) and Hong Kong-based Liberty Shared, said that the 250,000 migrant domestic workers in Singapore are vulnerable due to the lack of legal protections and the isolated nature of their work.

The majority of the wealthy city-state’s domestic workers are women recruited from the Philippines, Indonesia, and Myanmar.

Based on an 18-month study of more than 800 foreign helpers, the report said workers faced a wide range of issues including hefty fees charged by agents who help the women to find jobs but push them into crippling debt.

A S$5,000 ($3,700) security bond required by the government for every migrant worker also heightens employers’ fears and often leads to “draconian” measures to control their movement.

This includes confiscating workers’ passports and denying them rest days, the report added.

HOME and the report co-author, Hong Kong-based anti-slavery group Liberty Shared, urged Singapore to abolish the security bond conditions and move towards a system where employers pay for all the recruitment fees.

In response to the report, a spokesperson from the Singaporean Ministry of Manpower said the findings “cannot be farther from the truth,” citing the government’s own 2015 survey that found 97% of domestic workers were happy in Singapore.

Yet as Archana Kotecha, a regional director at Liberty Shared, pointed out, “If the basic premise of protections is not clearly formulated then it makes access to justice very difficult.”

In 2017, a Singaporean couple was jailed for starving their Filipino domestic worker, whose weight plummeted to 29.4kg.