Trouble Ahead for Wrongly Criminalized Trafficking Victims - FreedomUnited.org
This website uses cookies to improve your experience. We'll assume you're ok with this, but you can opt-out if you wish.Accept Read More
Skip to content
Back to Global News 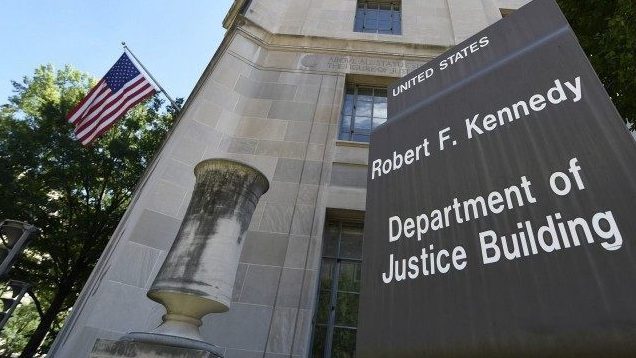 In a major blow to survivors of human trafficking, the US Department of Justice has announced that it will no longer allow funding to be used to help survivors get legal representation to clear their criminal records that resulted from their victimization. The decision by the Office for Victims of Crime will affect $77 million of human trafficking grants this year.

The abrupt policy reversal was initiated by the Trump administration and goes against the consensus of survivors, advocates, and law enforcement. The new funding restrictions are expected to go into effect in just a couple weeks.

In an opinion piece in The Hill, Cyrus R. Vance Jr., the Manhattan District Attorney, and Kate Mogulescu, an Assistant Professor of Clinical Law at Brooklyn Law School, write:

It is widely acknowledged that victims are frequently arrested when they are trafficked. A 2016 National Survivor Network survey found that over 91 percent of respondents reported having been arrested, over 40 percent reported being arrested 9 times or more.

No one questions the detrimental impact this has on survivors’ ability to move forward. Criminal records act as concrete barriers for survivors, and lead to denial of employment, housing, and other services. Furthermore, the message to survivors living with criminal records because of their trafficking is clear — you did something wrong, you deserve this, this will live with you forever.

That’s why Manhattan prosecutors screen every prostitution arrest for evidence of trafficking and dismiss prostitution cases after individuals receive counseling sessions and other services.

But the most effective legal response to correct the injustice of past convictions is vacatur or expungement, laws that provide survivors a way to clear their record of charges they were convicted of that were a result of trafficking. New York was the first state to pass such a law in 2009, and almost every state in the country has taken some steps toward relieving survivors of the burden of a criminal record since then.

In one example, Vance and Mogulescu point to the case of a young woman who was sex trafficked for five years in New York, starting when she was just 16. During that time, she was arrested for prostitution six times.

Yet, because of collaboration between the Manhattan District Attorney’s Office and the Brooklyn Law School, her convictions were vacated, ensuring that she would she would not be haunted by them for the rest of her life.

Prosecutors have come to rely on partner organizations to help identify trafficking victims and bring vacatur motions or expungement petitions. Under the new funding rules, victims who can’t access legal representation will be forced to file petitions on their own — a significant burden to those seeking justice.

As Vance and Mogulescu conclude, this policy will have tremendous impact on the ability for trafficking survivors to simply live their lives:

“Funding for this work is critical — for the survivor trafficked into prostitution over two decades ago, who has focused on her education, earned a Masters degree in counseling, but is prohibited from taking a state licensure exam because of her criminal record; for the survivor parent of a nine-year-old child who faces humiliation at being fingerprinted to chaperone a school trip; for the survivor who secures an entry level service sector job but has the offer rescinded when a background check reveals her criminal record.”

Even the thought of charging these girls is the worst plan thinkable, especially when the majority of them have been kidnaped and forced into this dreadful life. Jail time is NOT going to fix anything ever, but adding a criminal record to a young woman who has be abducted and forced into such a horrible dead-end life of slavery is completely insane!!!! How about arresting the disgusting men who are their clients and their pimps that put them in the street!!

That is certainly the narrative, only.. its bullshit. The majority are “not” kidnapped or forced. Heck, the most recent SESTA law actually directly effected a) women not working for pimps, but using their own personal ads, and b) websites that where used by those women to discuss clients, and screen out people that where potentially dangerous. The narrative is a complete lie, and the laws being passed, including this decision, actually create victims, and force people to work for the pimps.

So now Trump is going to make victims again of often very young girls that are enslaved and forced into prostitution, making their chances of restarting their lives with a clean slate, impossible…….these victims didn’t choose prostitution as a way of life it was forced upon them, often with brutality, threats to them or their families, or chaining them to beds, or drugging them or if they were lucky murdering them,

I HOPE YOU CAN SLEEP AT NIGHT MR PRESIDENT.

He is such a pig, I would be surprised if he doesn’t fall asleep immediately with a smug and disgusting smile on he face as he gets the chance to attack the evil 13 year old prostitutes once again.

I sure he sleeping fine as he obsessively has no soul

This is terribly wrong. If young girls are kidnaped or sold into prostitution rings, prosecuting them and giving them a criminal record is the most idiotic plan that I have ever heard of!!!! These poor abused girls need to be offered options to escape from their pimps and and horrible fate, not jail time!!!

could these things perhaps push American citizens into voting for a better government? or at least for going to vote, when the time comes? I think one of the worst things there is indifference

Another brilliant act by that moron in the white house. A word of advice from Australia, make voting compulsory and hold elections on Saturdays (so people do not have to take time of work to attended the polling booths). Above all get rid of Trump