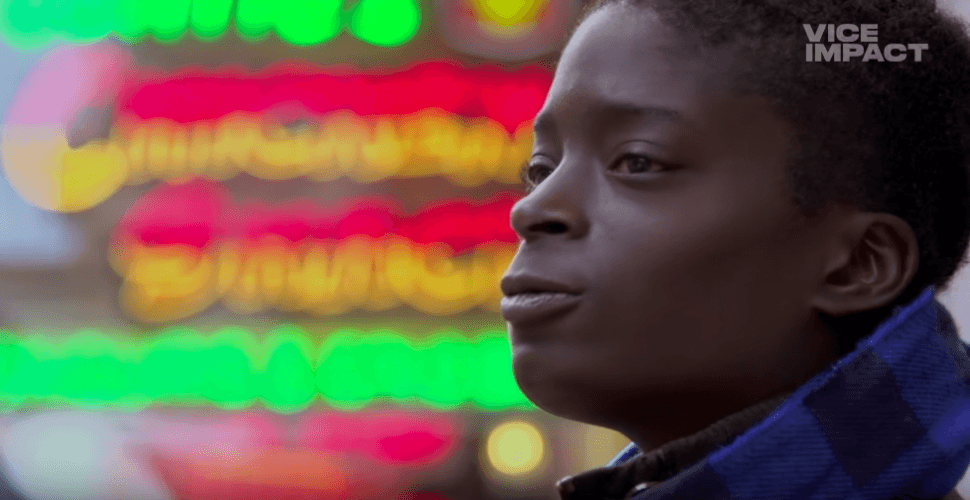 “Shelter,” a new film from VICE Documentary delves into the stories of New Orleans’ youth who have been sex trafficked and ended up homeless.

Resources for these youth are sparse in New Orleans, and those who are lucky find help at Covenant House — the only non-profit that is willing to take in these victims in the state.

Many of the teens at Covenant House struggle with drug addiction because human traffickers have always used drugs as a tool. As Jerome Elam, president of Trafficking in America Task Force, points out, “Addiction is used to manipulate victims.”

The Fix describes the opening of the film, where we see phone call to one of Covenant House’s social workers:

The opening is a close-up view of a woman seated at a desk and holding a phone. She has long rows of braids and neon-orange fingernail polish. We only hear her side of the conversation, “What is your problem? She’s a minor.” Her voice is stern, authoritative and she has obviously had many conversations like this before.

Then her tone softens which indicates that she is now speaking to the girl. “He’s known for prostitution,” she says. “Go to the Greyhound station and give them your name. You’re going to have a ticket waiting for you.” She instructs the girl to sit in the front by the bus driver and before hanging up she says affectionately, “Alright, baby.”

Jim Kelly, a staff member at Covenant House, added that social workers need incredible patience in order to help these teens who have experienced severe abuses.

“You’re overcoming the whole aspect of sexual abuse, sexual assault, rape. Overcoming drug addictions. Drugs and trafficking go hand in hand and a lot of people miss that. It is exactly how the pimps hook you and if you’re not already addicted, they make sure to get you addicted.”

For homeless, trafficked youth in New Orleans, recovery isn’t easy. That’s exactly why Covenant House says it will always be there for them.