Sex workers in India protest against harmful anti-trafficking efforts - FreedomUnited.org
This website uses cookies to improve your experience. We'll assume you're ok with this, but you can opt-out if you wish.Accept Read More
Skip to content
Back to Global News 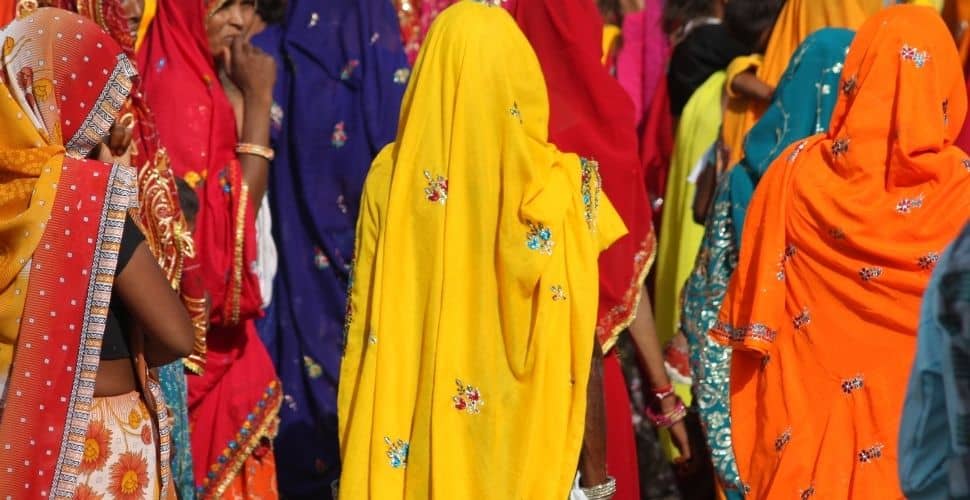 Earlier this year, India’s Supreme Court officially defined sex work as a profession, calling for an end to police violence against sex workers, and for greater labor protections. This ruling expanding the rights of sex workers in India is hoped to better protect sex workers from violence and exploitation, including trafficking, and is a significant achievement following years of advocacy from sex workers’ rights groups in the country.

But sex workers are still having to fight for their basic rights and recognition of their humanity.

Notably, the court’s decision stated that there should be an investigation into homes and shelters where sex workers caught up in “rescue” operations – often led by anti-trafficking organizations – are indefinitely held against their will in traumatizing conditions.

Just weeks after the Supreme Court’s ruling, 80 sex workers locked up near the city of Hyderabad rioted against their forced detention. According to a local news report, the women attacked three security guards, broke down the facility’s gates, and walked for two kilometres before being subdued by police. They were then taken back to the centre, which is run by the NGO Prajwala.

Prajwala is one anti-trafficking organization who runs these types of “shelters” for women in the sex industry. The conditions are so bad that suicide attempts are a regular occurrence according to Prajwala’s own co-founder.

Rebellions from women in these shelters have occurred before:

In 2012, 23 women successfully scaled the walls of a Mumbai home and were never located. In 2014, over 100 women detained near the Hyderabad airport rioted. They smashed up the premises and damaged vehicles, injuring 16 people including four staff members, but did not manage to breach the locked gates before the police arrived.

Only rights will protect against trafficking

The recent riot is hoped to spark a moment of recognition that sex workers are ultimately continuing to be denied their agency and human rights with fatal consequences. There is nothing about these centers that rescue women – rather, these centers perpetuate trauma and harm.

Sex workers in India are urgently calling for their rights to be recognized and to be “spared from police beatings, raids and forced protective custody.” Only this will help protect sex workers from human trafficking and exploitation.

Read more about the links between sex work and anti-trafficking strategies here.

What was wrong with the 2021 Indian anti-sex exploitation and trafficking legislation?

The situation was very different just about a year ago – the 2022 legislation is a huge step forward when compared to the 2021 proposition. Back then, in an attempt to improve the situation of sex workers, an anti-trafficking bill was presented. It was an initiative over two years in the making that was supposed to establish a better strategy to fight human trafficking in India. But the rushed public consultation process and approach to sex work faced intense criticism.

At the end of June 2021, the Indian government introduced its Draft Trafficking of Persons (Prevention, Protection, and Rehabilitation) Bill, giving a time period of two weeks for public comments. This was despite, as organizations and activists pointed out, the legal requirement for draft legislation to be available to the public for comments for a period of 30 days.

Sex workers criticized the bill and noted that the draft of the Indian anti-trafficking legislation had only been available in English, which – due to the fact that the language was unknown to many – immediately excluded a lot of trafficking victims from commenting on the document. As Protim Ray, a Kolkata-based doctor associated with the Durbar Mahila Samannaya Committee (DMSC) explained, “The Draft Bill is only available in English. To discuss the provisions of the draft Bill with sex workers and know their assessment of the provisions, we need to translate it into regional languages and distribute it among them.”

Beyond constraints on the consultation process, the bill to prevent trafficking in India was also heavily criticized for its conflation of sex work and trafficking.

The Swaddle commented on the legislation at the time:

The primary argument against the new bill is that it criminalizes sex work — and does not provide any exit or rehabilitation options for people already in the profession voluntarily. This will leave them more vulnerable to law enforcement measures, activists argue.

Further, not recognizing sex work as a form of work not only eliminates the trade itself but also leaves more room for exploitation due to there being no safety nets or labor protections. Sex workers under the new legislation can become more vulnerable to extortion and violence since, as criminalized subjects under the law, they cannot seek its protection when in danger.

Sex workers are protesting the fact that the bill conflates sex work with trafficking. Lawyers point to a clause in the bill that states “the consent of the victim shall be irrelevant and immaterial in the determination of the offense of trafficking in persons,” as one which could end up putting voluntary sex workers in prison.

“Sex work is different from trafficking and it is a form of self-employment that is stigmatized… We are often arrested even without a client present,” Nalini Jameela, a former sex worker and noted activist.

Many experts argued back then that the legislation didn’t help the very people it claimed to help — human trafficking victims and survivors. By relying on a “punishment-as-deterrence” approach, the bill did not address any of the root causes of the trafficking crime.

Fortunately, the 2022 ruling by India’s Supreme Court acknowledging sex work as a profession helps in areas where the previous legislative proposition failed, but there is still work to be done.

Learn more about the links between trafficking, forced labor, slavery and sex workers’ rights on our dedicated resource page. Get involved, help combat human trafficking and sexual exploitation so mankind may eventually put an end to these crimes. Let us fight together for human rights.