Sex workers at risk of trafficking in Sierra Leone - FreedomUnited.org
This website uses cookies to improve your experience. We'll assume you're ok with this, but you can opt-out if you wish.Accept Read More
Skip to content
Back to Global News 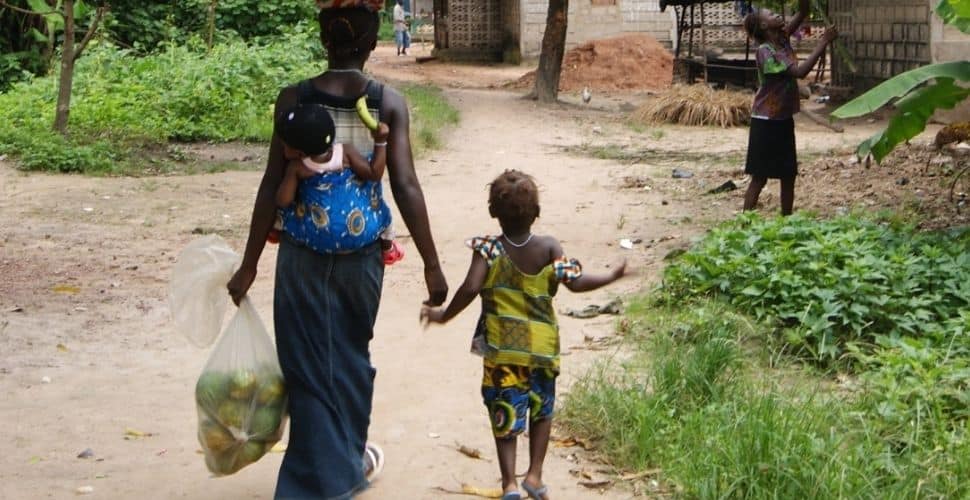 Sex workers at risk of trafficking in Sierra Leone

“It’s a job that can cost them their lives.” – Tyson Conteh, Africa Eye

Makeni in Sierra Leone is home to over 1,000 sex workers, many of them young women orphaned by the civil war and the 2014 Ebola outbreak. Many are at risk of abuse, trafficking and worse.

The BBC’s Africa Eye recently reported on sex work in the city of Makeni with the help of local filmmaker, Tyson Conteh. Sex work is legal in Sierra Leone but there is little to no government or societal support for this community which, according to Conteh, has burgeoned since the decade long civil war that ended in 2002.

Watch ‘Abducted, trafficked or killed: The life of a sex worker in Sierra Leone.’

As a result of the current COVID 19 pandemic, clientele is sparse and so, as Conteh notes, every client counts more – though they pay less. One woman interviewed noted that prior to the pandemic, she used to charge the equivalent of USD 7 – USD 15 per client and now can only charge around USD 3.

This is putting sex workers in a position to accept greater risks with clients who they may have previously rejected. Sex workers interviewed by Conteh shared horrific stories of women in the sex trade disappearing off the streets, some trafficked against their will to other areas, others tortured or killed.

A woman called ‘Lady P’ attempts to help Makeni sex workers fight for their rights, but her task is an uphill one in a world in which it is dangerous to be a sex worker. Conteh is told of the recent murder of one of the sex workers named Gina.

After hearing of the physical abuse and robbery of 21-year-old Isata at the hands of a police officer – a commonplace occurrence – he then becomes involved in the case of her disappearance.

Isata had become a sex worker at the age of 14 and is a single mother to a toddler. She disappeared for months with little trace of her whereabouts.

Eventually, she and another young Makeni woman were found having been trafficked from Sierra Leone to Gambia and then finally through Senegal to Mali, where they had been abandoned in a mining area.

A local miner befriended them and helped them reach out to Conteh.  Conteh, with the help of the miner, a Malian laywer and the International Office for Migration (IOM) Bamako were able to coordinate a successful rescue of the two women after they had been missing for three months. They spent another three months with the IOM in Bamako, Mali before returning home.

Conteh was overcome at the happy end to the sordid story noting,

…it’s a celebration for me in my mind, in my heart because I was not thinking it was going to turn out this way…

Sadly, his fears were not unfounded as it does not end this way for most.

Isata’s case suggests that legalization of the sex trade in Sierra Leone has had little effect on protecting sex workers from trafficking and abuse, including at the hands of law enforcement. Furthermore, sex workers are still exposed to the risk of arrest and criminalization under loitering laws in the country.

Freedom United is concerned about the degree of exploitation in the sex industry around the world. Watch our online event to hear expert speakers discuss how different policy approaches to sex work can help build resilience to trafficking and read our Q&A here.