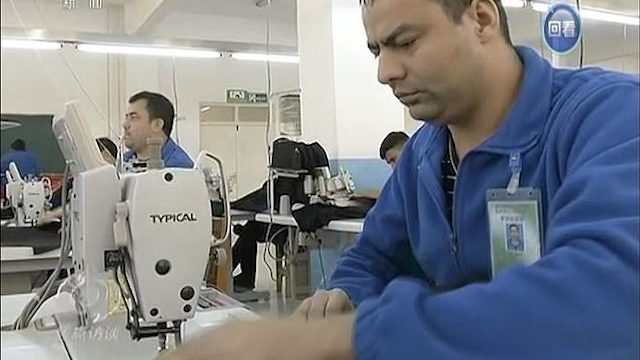 Over one million ethnic Uighurs have been detained in a what is widely seen as a crackdown on Muslims in China, forced into labor through “re-education” camps. Among these are 17 Australians —15 with permanent residency and two on spouse visas. They were detained while visiting family in China.

One activist in Australia, Nurgul Sawut, says the Australian government has been of little help.

‘The language [DFAT] is using is very dire. The Australian government is basically saying we can’t do anything right now,” she said.

China says people are at the camps voluntarily and describes them as ‘professional vocational training institutions’ used to counter terrorism while improving employment opportunities for citizens guilty of minor offences.

But Uighur activists believe people are being detained against their will and badly mistreated inside.

After undergoing indoctrination at the camps, detainees are sent to the new factories built inside or near the internment camps in an emerging system of forced labour, according to the New York Times.

Satellite imagery suggests that production lines are being built inside some internment camps. Another image of a camp featured in a state television broadcast shows 10 to 12 large buildings with a design commonly used for factories, according to the report.

Commercial registration records show several companies including a printing factory, a noodle factory and at least two clothing and textile manufacturers were established at addresses inside internment camps.

Patrick Poon, China researcher at Amnesty International, said this is the largest detention of people in recent Chinese history.

‘There are brainwashing political classes in the camps, where people are beaten up if they don’t follow orders. The overall atmosphere is very repressive,” he explained.

The Chinese has repeatedly defended these camps, saying they will help Uighurs find jobs and learn Mandarin.