Seasonal workers in debt after being sent home early from U.K. farms
This website uses cookies to improve your experience. We'll assume you're ok with this, but you can opt-out if you wish.Accept Read More
Skip to content
Back to Global News 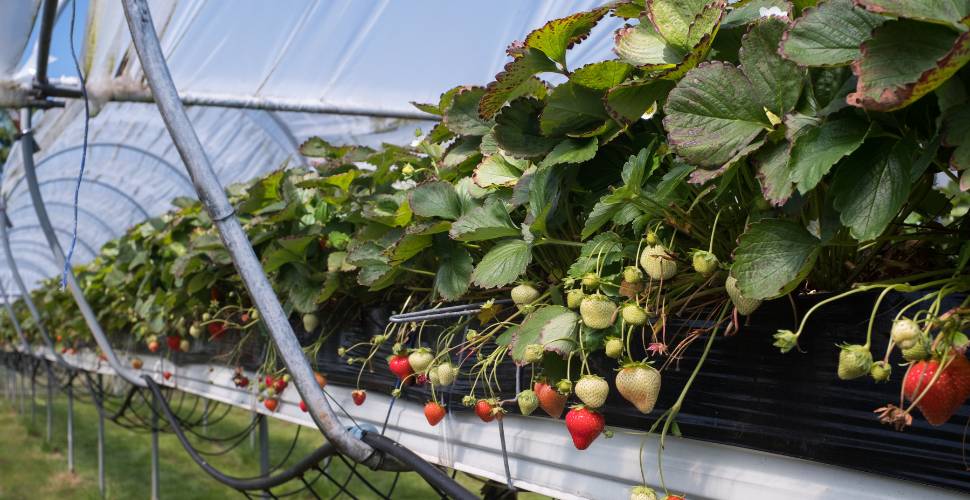 Seasonal workers in debt after being sent home early from U.K. farms

Sajit* sold his shop in Nepal to go to the United Kingdom to work on a farm. “They told us six months will be good money for us,” he said. But just two months into the job, when he still had over £3,000 ($3,500 approximately) of debt to repay, he was told he had to return home.

He is one of an estimated 60 Nepali fruit pickers who are being sent home early. Many had borrowed high sums of money to pay third-party agents to secure them a position on the U.K.’s seasonal worker scheme and are now left with significant debt.

Workers face an uncertain future after receiving the news that they are no longer needed and should book their flight home from by AG Recruitment, one of the seasonal worker scheme’s official operators. They have been ordered to leave the farm where they were working or risk being “blacklisted” from future work.

Some say they asked AG Recruitment to send them to other farms, but this request was turned down. The visa scheme prohibits them from working in other industries or on farms that are not linked to their sponsor.

Many had to get into debt to cover fees to third-party recruitment agents in Nepal and to cover their flights. Some will not be able to afford the fee associated with changing their flights home.

If they manage to buy new flights in time to avoid eviction, that wipes out most of what they earned. But if they can’t, they risk sleeping rough and working illegally on the black market, where they are completely vulnerable.

An Observer investigation found that workers had originally been offered a six-month job on a farm. Just ten days before their trip, when they had already bought their flights, they were told they would go to a different farm for two months. But the workers believed they would be transferred to another farm after the first two months.

AG Recruitment says it had intended to provide six months of work but could not guarantee it due to the nature of seasonal work.

Migrant rights organizations and activists have been raising concerns about the impact of the U.K.’s seasonal worker scheme on migrant workers’ rights since it was established in 2019.

The scheme, launched to tackle labor shortages, does not allow workers to claim benefits, gain long-term residence or bring family members. The scheme has also been criticized for leaving workers vulnerable to debt bondage as a result of third-party recruitment fees.

Kate Roberts, head of policy at Focus on Labour Exploitation (Flex), is quoted by The Observer:

It is not fair to expect them to pay out the financial costs of migrating without any real guarantees of work during the six months they are permitted to work in the UK. There must be protection against these gaps in the scheme.

Freedom United is calling for better protections from exploitation for seasonal workers. Access to other kinds of work is essential to avoid leaving them vulnerable to trafficking.

*Name has been changed.

Is this better than Qatar?

It’s almost the same. It’s an injustice of major proportions.

Today is the first day of the Football World Cup in Qatar. The voices criticising Qatar for the way it treats its migrant workers have become louder -possibly with justification. However, here in UK, our regulations do not properly protect migrant workers from exploitation, yet we like to feel ‘better’ as a country.
The article on the migrant workers from Nepal, recruited for the strawberry harvest, is most pertinent. They have been left worse off for taking up the offer of employment here.