Sea Slaves Might have Caught Your Seafood - FreedomUnited.org
This website uses cookies to improve your experience. We'll assume you're ok with this, but you can opt-out if you wish.Accept Read More
Skip to content
Back to Global News 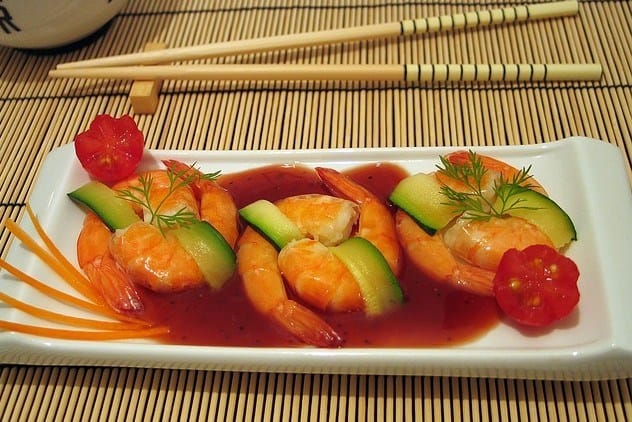 Did sea slaves catch that shrimp? If you plan on having seafood for dinner tonight, beware…there is a chance it was caught by people forced into slave labor…

The writers of this article explain how Associated Press reporters traveled to the distant island of Benjina in Indonesia to investigate.  There they discovered workers who were trapped in cages, were being beaten with the toxic tails of stingrays, and were demanded to labor 22 hours a day for little or no pay.

The Democracy Now! reporters explained: “We speak to two of the Associated Press reporters who broke this remarkable story, Robin McDowell and Martha Mendoza. We caught up with them last week in Los Angeles just before they headed to the University of Southern California to receive the 2016 Selden Ring Award for Investigative Reporting for this remarkable series.”

On Monday afternoon the all-woman Associated Press team won the Pulitzer Prize for Public Service for this investigation.

Read an excerpt from the interview below or click on the link at the bottom to see the entire transcript regarding these AP reporters who exposed these sea slaves.

AMY GOODMAN: This is Democracy Now!, democracynow.org, The War and Peace Report. I’m Amy Goodman. We’re on the road in San Francisco. Is seafood on the menu tonight? Well, there’s a chance it might have been caught by a slave. That’s what the Associated Press uncovered when reporters traveled to the remote island of Benjina in Indonesia. They found workers trapped in cages, whipped with toxic stingray tails for punishment, and forced to work 22 hours a day for almost no compensation. The video is part of the AP’s groundbreaking report on slave labor in the seafood industry. Listen.

NARRATOR: Some of the slaves are kept in cramped cages, sitting on concrete floors. Flies buzz around the rusty bars that imprison them. Kyaw Naing just wants to go home.

KYAW NAING: [translated] I am not fed enough, as well. I feel so sorry it’s not only me. It’s everyone that people are sad.

NARRATOR: Another man says he was shipped here with fake documents against his will.

MAUNG SOE: [translated] They tricked me. They lied to me and put me on the boat.

Click the link below to read the entire article.