San Antonio Smuggling Case, a Fatal Journey - FreedomUnited.org
This website uses cookies to improve your experience. We'll assume you're ok with this, but you can opt-out if you wish.Accept Read More
Skip to content
Back to Global News 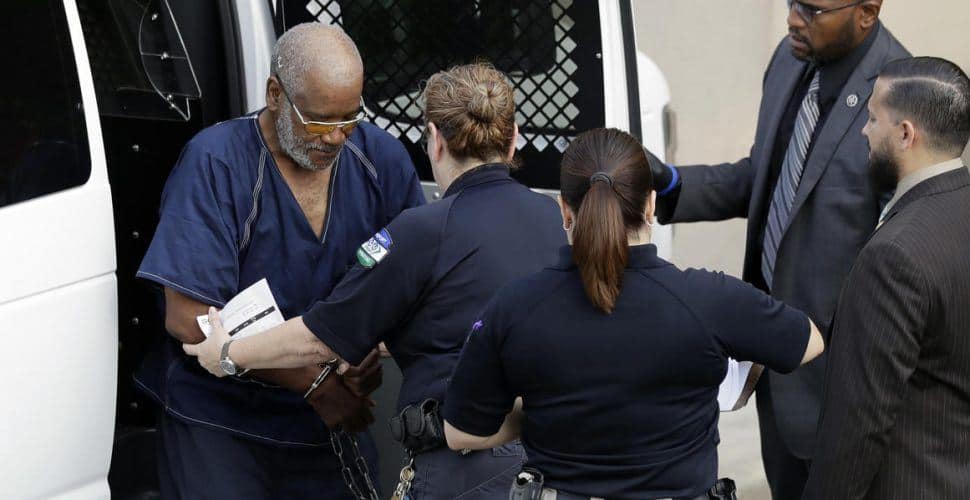 When the door of the truck trailer closed, it was dark inside—no food, no water.

The trailer sat motionless somewhere in or near the scorching South Texas city of Laredo on Saturday morning. The heat inside was already intense. The next few hours, as they were described on Monday by the authorities for the first time, would turn into one of the nation’s deadliest human trafficking episodes. One group of undocumented immigrants was packed into the trailer, then another and another. Some of them guessed there were up to 200 people at one point.

Before departing, one of the smugglers opened the back door and told the migrants that they were about to leave and that the truck had a cooling system.

Some of those onboard had crossed the Rio Grande by raft earlier and had paid thousands of dollars to the smugglers.  Most seemed to do pretty well as the trip first got underway but then some had trouble breathing and began passing out.

Eventually migrants pounded on the trailer walls, trying to get the driver to stop, but to no avail.

The driver later told federal investigators what the immigrants may have soon discovered: that the trailer’s cooling system did not work and its four vent holes were probably clogged. But the immigrants found a small vent hole that was open, and took turns breathing through it to get some air. The driver finally put the brakes on, and the immigrants were so weak that they fell over.

The driver pulled into a Walmart parking lot in the early hours of Sunday and again opened the door.  It was a horrific sight of bodies upon bodies. Ten of the migrants died on the trip or later at hospitals, and nearly 30 others were taken to area hospitals.

The descriptions of the immigrants’ journey, as told to federal investigators, were revealed in a criminal complaint as the driver of the truck was arraigned in federal court on Monday in San Antonio. The driver, James M. Bradley Jr., 60, of Clearwater, Fla., was charged under a federal law against knowingly transporting people who are in the country illegally — a law that provides for an unlimited prison term or capital punishment, if the crime results in a death.

Although President Trump has made it clear that he will not tolerate illegal immigration, this tragic incident demonstrates the dangers people are willing to face to get into the United States.  It is a public glimpse into the shady world of drug cartel, rafts, ‘stash house” and empty promises.

Texan lieutenant governor, Dan Patrick, a Republican, immediately used social media to stress to the public that his state’s controversial law banning sanctuary cities is meant to discourage this sort of smuggling.  “Sanctuary cities also enable human smugglers and cartels. Today, these people paid a terrible price and demonstrate why we need a secure border and legal immigration reform.”

Texas State Representative Eddie Rodriguez, a Democrat, argued that Patrick’s comments had gone “too far.”  He said when “10 people from any background perish under such horrific circumstances, it is an occasion deserving of solemnity and respect, not self-indulgent cheerleading.”

Much was still unanswered on Monday, including exactly how many people had been in the truck, and how they managed to get to San Antonio undetected, since it was likely that the driver passed through a Border Patrol traffic checkpoint at some point after leaving Laredo.

Survivors were interviewed and gave details of their experience.  One said he was from Aguascalientes, Mexico, and had crossed the Rio Grande with a group.  He had paid the smugglers $5,500 and would still owe them more when he arrived in San Antonio.  The smugglers may have ties with a Mexican criminal group known as the Zetas cartel.