Rooney Gang Slavery Victim 'Chased' over £165 Fine - FreedomUnited.org
This website uses cookies to improve your experience. We'll assume you're ok with this, but you can opt-out if you wish.Accept Read More
Skip to content
Back to Global News 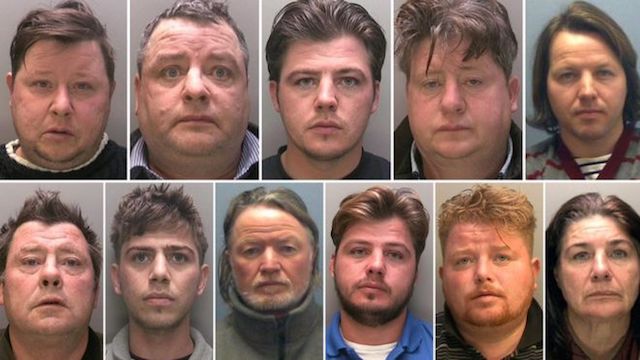 A man who was kept as a slave by the 11-member Rooney family for 26 years is reportedly being ‘chased’ over a £165 fine that he accrued due to a crime he was forced to commit by his captors.

The Rooney family was jailed for modern slavery offenses against 18 victims by the Nottingham Crown Court back in September. Yet it has now come out that one of their victims was convicted in 2012 at Leeds Magistrates Court of stealing metal from a nightclub in 2011.

The victim’s sister said the fine is “an absolute injustice,” while the Home Office said that it is “urgently investigating this case.”

Under the UK Modern Slavery Act, enslaved victims who are forced to commit crimes can have their convictions cleared. However, in this case the victim committed the crime before the Act came into effect.

The man, who was made to dig his own grave by the Rooneys, is “very upset and stressed” by the regular letters he receives from the courts, his sister told the BBC.

“I think it’s quite incredulous actually that a court is chasing him some seven years later for this fine,” she said. “He’s currently living on benefits, so he doesn’t have a lot of money, and now he’s being forced to pay for this fine out of his benefits.”

Kevin Hyland, the departing Independent Anti-Slavery Commissioner, said slavery victims who were convicted before the law was introduced “should be provided with the opportunity to have those convictions quashed”.

According to the National Crime Agency (NCA), the man was arrested and charged for burglary with intent to steal from Brummells Night Club in Leeds in October 2011. He was given a two-year conditional discharge and fined in his absence.

In regards to the fine, the Lincolnshire Police said it “made repeated attempts over the last three months to have this matter resolved” but its efforts were unsuccessful.

The 18 victims of the Rooney family were primarily homeless adults between the ages of 18 and 63 who were picked up across the country and forced to work for little or no pay, kept in squalid conditions with no toilets or running water.