Rohingya Children Trafficked for Sex from Refugee Camps - FreedomUnited.org
This website uses cookies to improve your experience. We'll assume you're ok with this, but you can opt-out if you wish.Accept Read More
Skip to content
Back to Global News 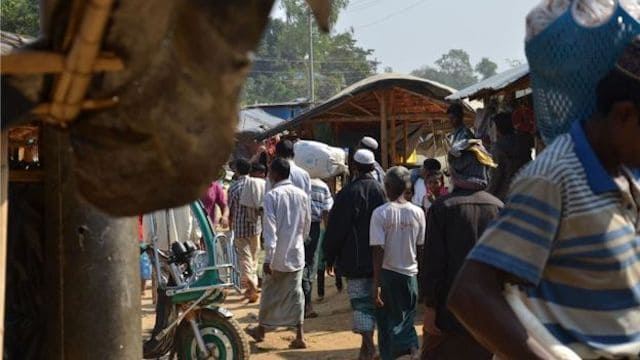 Young teenage Rohingya girls are being trafficked for sexual exploitation from refugee camps in Bangladesh. Incredibly, some of their traffickers are older Rohingya women.

Anwara, 14, is one such girl. While she was fleeing Myanmar after her family was killed some women in a van approached her and promised to help. Instead, she was taken to Cox’s Bazar and raped.

“Not long after that they brought two boys to me. They showed me a knife and punched me in my tummy and beat me because I wasn’t co-operating. Then the boys raped me. I wasn’t willing to have sex but they kept going,” she said.

The BBC went to the refugee camps with NGO Foundation Sentinel, which works with law enforcement to combat child exploitation. Rohingya families in the camps said that they had been offered jobs in Dhaka as domestic workers, kitchen staff, and hotel employees.

The BBC also discovered that trafficked Rohingya girls were being sold to foreigners for sex:

Undercover, posing as foreigners recently arrived in Bangladesh looking for sex, the BBC investigation team set out to see if we could get access to children.

Only 48 hours in, after asking small hotel and beach cottage owners – places notorious for offering rooms for sex – we found the telephone numbers of local pimps.

With the knowledge of police, we asked the pimps if they had younger girls available for a foreigner, specifically Rohingya girls.

“We have young girls, many, but why do you want Rohingya? They are the dirtiest,” one man said.

This was a recurring theme throughout our investigation. In the hierarchy of prostitution in Cox’s Bazar, Rohingya girls were considered the least desirable and the cheapest available.

Some Rohingya girls explained to the BBC that they are torn between poverty and forced sex work. One refugee, Masuda, 14, explained that she “knew what was going to happen” to her.

“The woman who offered me a job, everyone knows she makes people have sex. She is a Rohingya here for a long time, we know her. But I didn’t have a choice. There is nothing for me here,” she said.

As though these people haven’t been through enough,what is going on with our world?we are going from bad to worse ,we.need to to get together to voice our disgust for those who haven’t got a voice.

People who set up children to be used as sex objects should be dealt with by law. This is a dreadful situation.

It seems to me that the world community could be doing a lot more to stop the persecution of the Rohingyas and prevent them becoming refugees in the first place.