Retailer John Lewis to Employ Survivors of Modern Slavery - FreedomUnited.org
This website uses cookies to improve your experience. We'll assume you're ok with this, but you can opt-out if you wish.Accept Read More
Skip to content
Back to Global News 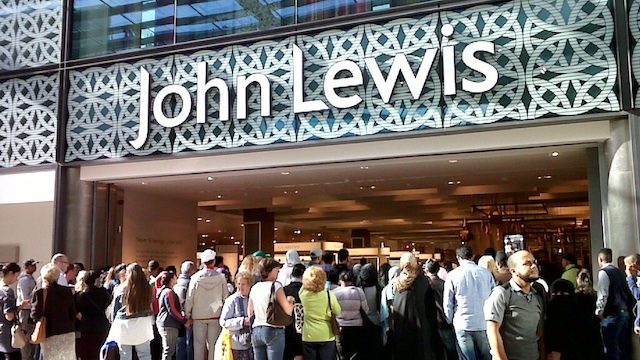 The employment program, “Bright Future”, was launched last year and offers survivors of modern slavery four-week paid work placements that can lead to a permanent job.

The scheme’s founders, Co-op supermarket and the charity City Hearts, say that 300 such placements could be made by 2020 now that 10 more British companies have signed up.

“Victims need to be supported while they rebuild their lives and central to that is the dignity that paid, freely chosen employment provides,” said Steve Murrells, head of the Co-op.

“Without this, there is a real chance that they could fall back into the hands of those who have exploited them and for the terrible, unspeakable cycle of enslavement to begin again.”

More than 50 are already part of the “Bright Future” scheme, which has also been backed by food manufacturers, a flower and plant retailer, and a leading construction firm.

Phillip Clayton of charity City Hearts added, “Knowing that businesses are rising up to make a difference, many more survivors will experience dignity, hope and real transformation.”

The new 2018 Global Slavery Index published by the Walk Free Foundation estimates that there are around 136,000 victims of modern slavery in Britain.

Do we really need to see where this trend is going? Before long there will be more migrant/slave workers than our own. Look after your own people first THEN offer out to others!

Does your comment mean you think slavery is ok? Slaves exist in the UK because people in the UK want to abuse them. I say look after all people who have been ill treated …….help them to recover and then they can contribute, then they can be involved in helping other people. We are all people!

You obviously don’t see the inherent danger of allowing people in who cannot and will not assimilate. You are aware, I take it, that millions of our brothers and sisters died protecting our way of life? Yet you just want to throw it all away?? This is typical leftist mindset, allow everyone in and stay in the EU, I mean who wants a country where our kids can walk around in safety, leave our doors open without worrying about thieves, you know – YOUR country? We are NOT just all people!!

You’ve got the wrong person….. that’s someone else.

I said when British people have enslaved someone…… which I think you’ll find we made illegal some time ago….. we should give them a home and care when they are freed. Apart from being the human thing to do, this stops them being re-enslaved, or killed.