Recovering Child Brides: "Being Rejected by Your Parents Worse Than Torture" - FreedomUnited.org
This website uses cookies to improve your experience. We'll assume you're ok with this, but you can opt-out if you wish.Accept Read More
Skip to content
Back to Global News 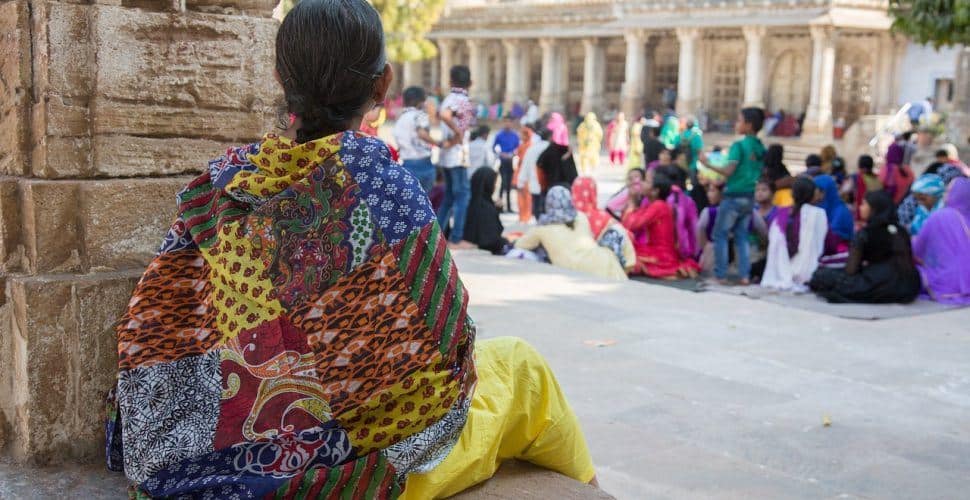 Recovering Child Brides: "Being Rejected by Your Parents Worse Than Torture"

Two teenage sisters sold off as child brides in Kashmir to men more than three times their age last December are struggling to reclaim their lives back home.

Their own parents betrayed them, allegedly selling them to their husbands in exchange for money. The elder sister was “bought” for Rs 60,000.

The younger sister was able to escape her forced marriage a few months ago and has been staying in a hostel for girls who are trafficking victims. With the help of the headmaster of Krishnachandrapur High School in Mathurapur, Chandan Maity, they were able to rescue her older sister this past week.

“The trauma of being rejected by your parents is possibly more than being subjected to physical torture. It took me months to counsel her sister when she fled from Kashmir and was disowned by her parents on her return,” said Chandan Maity.

The sisters, aged 16 and 14, had set off for Kashmir with their parents last December thinking it was a vacation. They were both married off there, allegedly in exchange for money. The younger one was the first to decide to flee rather than being forced into prostitution. She kept in touch with her sister over phone while Maity contacted people he knew in Kashmir to rescue her.

The teenager who walked out of her “in-laws’ home” in Pulwama district of Kashmir on Tuesday had been “bought” for Rs 60,000. The family had sold a plot of land to raise the cash.

Arshie Qureshi of Kashmir Women’s Collective, the NGO that helped rescue the girl, said: “She left everything behind except a pair of junk earrings given by her mother.”

While these girls have escaped their forced marriage, activists say that placing them in government shelters is not always the best option.

“Victims are regarded as witnesses in cases (of human trafficking) and have to live a confined life in a government home till the courts decide on them,” said Bappaditya Mukherjee of Prantakatha.

“But what happens is that these children end up spending their entire childhood inside a government shelter while their traffickers roam free.”

This is not just an issue of forced marriage it is paedophilia, and it’s all one way, young girls wed to old men, I wouldn’t wish it to happen to boys but this is old men using young girls,and parents are complicit in this because girls are a burden instead of a blessing this even happens in “modern” America also, until we value girls this is going to continue, however EDUCATE THE GIRL AND END POVERTY the two are one solution to all that ills of the world.

Until & unless the gutless “men” (ha) of this world get past their pathetic cry-baby entitlement mindset & their inability to control their adolescent hard-ons, then this world is doomed.
Where are the “good” men? Women await you, to stand up for decency against the pitiful cowards who ruin the good reputation of ALL men.

WONDER IF THE BUYERS demanded their money back. This’s a situ where U haope the girls became 4 successful, that would B the best revenge on their scumbag parents.

What? These people are just evil.. we must help in every way.