Rally Against Slavery Draws People from 28 Countries - FreedomUnited.org
This website uses cookies to improve your experience. We'll assume you're ok with this, but you can opt-out if you wish.Accept Read More
Skip to content
Back to Global News 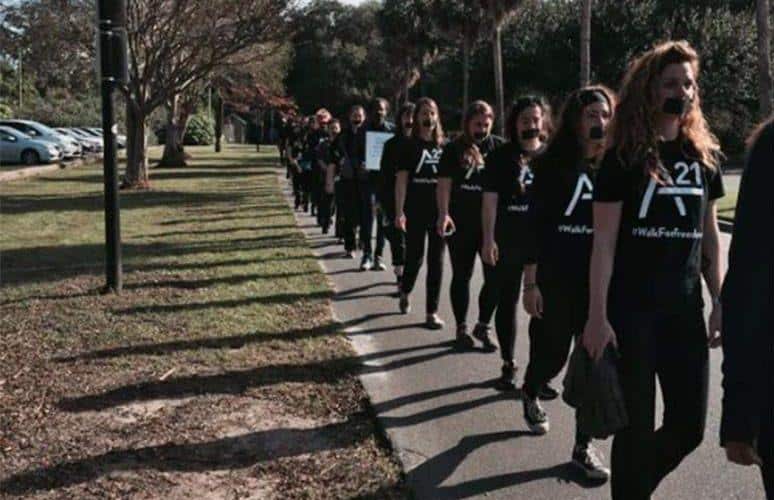 For the second year, people in 28 countries joined a march against modern day slavery…

A21, an international non-profit, organized their second Walk for Freedom.  Hundreds of cities joined in the group’s awareness event, raising knowledge about the magnitude of human slavery.  Every 30 seconds someone becomes a victim–27 million men, women, and children are enslaved around the world.  Some of the participants in the event put tape over their mouths as others linked arms and walked together as a sign of solidarity.  According to the United Nations, sexual exploitation is the most common form of trafficking…followed by forced labor.