Radical idea-Give Freed Slaves Cash - FreedomUnited.org
This website uses cookies to improve your experience. We'll assume you're ok with this, but you can opt-out if you wish.Accept Read More
Skip to content
Back to Global News 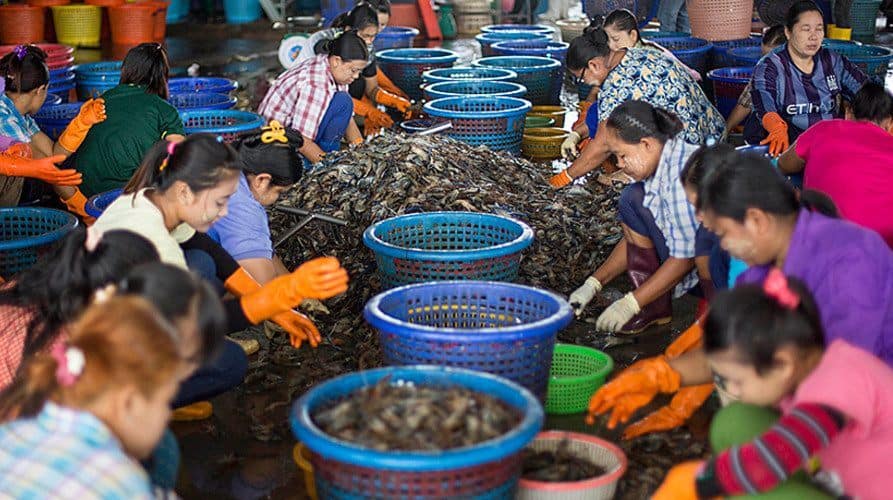 This article tells of an unusual notion about helping freed slaves.  The radical idea: give freed slaves cash so that they can make their own choices again…

That’s what a Thai organization called Project Isarra is doing.

The Story of Win Maw…

Win Maw chose to come to Thailand. She chose to pay $550 to a broker, who smuggled her across the border from Myanmar in 2013. And while she also chose to work in a shrimp-peeling shed, she didn’t choose to do so 16 hours a day, six days a week, for less than $4 a day. The broker lied to Win Maw, trapping her inside an unmarked factory in this port town an hour outside of Bangkok. She was unable to leave until she paid off her debt. Her three children, whom she left in Myanmar with her sister, were forced to quit school because they didn’t have the money to pay their fees. Her parents fell ill.  Win Maw said, “I didn’t have any money to send them, so I just cried.”

In May, authorities freed her and 44 other slave workers.  After 18 months, she was free.  But she was also broke.  After her release, she received a bonus–totally unexpected–of 9,000 baht ($250 US).  The money came from Project Issara in Bangkok. Win Maw said, “I’d never held that much cash before.”

The philosophy behind Project Issara’s cash transfer program is simple: No one knows the needs of human trafficking victims better than the victims themselves. Yet they often lack the resources to address them. By giving them the ability to make their own decisions, the money empowers victims with a sense of autonomy they haven’t experienced in months, if not years.