Queen Supports Replicating Modern Slavery Act across Commonwealth - FreedomUnited.org
This website uses cookies to improve your experience. We'll assume you're ok with this, but you can opt-out if you wish.Accept Read More
Skip to content
Back to Global News 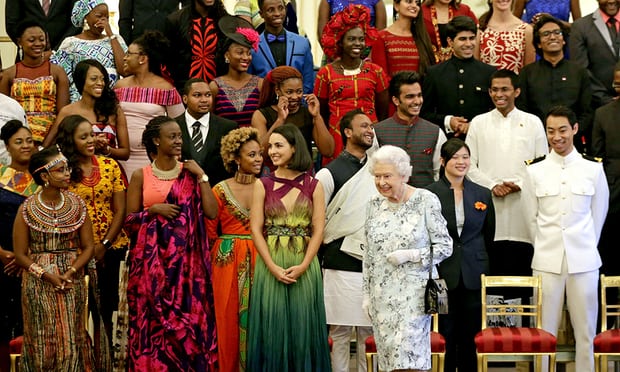 The Queen has asked lawmakers to replicate the 2015 Modern Slavery Act in the 52 Commonwealth nations. The Guardian reports:

“Although her intervention is non-binding, it raises the profile of modern slavery, encourages Commonwealth nations’ existing efforts to tackle it, and provides a mechanism by which leaders can be held accountable for pledges they make. The next Commonwealth heads of government meeting, which takes place in the UK in April 2018, is devoted to enhancing efforts to ‘eradicate forced labour, modern slavery, human trafficking and the worst forms of child labour.”

Human trafficking, forced labor, and forced child marriage are problems across all Commonwealth countries, ranging from sex trafficking in Nigeria to bonded labor in Pakistan. Furthermore, the Commonwealth secretariat reports that 43% of women in the Commonwealth were married before their eighteenth birthday. According to NGO Anti-Slavery International, child marriage becomes slavery when a child is “coerced into a marriage, cannot leave it, and is subject to control and a sense of ‘ownership’ that includes forced labour or non-consensual sexual relations.”

Patricia Scotland, Commonwealth secretary general, added that there was a “real movement” to fight modern slavery and that the secretariat was working with countries to create model laws and strategies for implementation. However, critics pointed to the difficulty in changing attitudes in conservative areas of Commonwealth countries where it is commonplace for young girls to be married off by their parents.

The Modern Slavery Act consolidated existing laws in the UK and put in place an anti-slavery commissioner to help police both detect and prosecute offenders. Supporter of the Act, Ian McColl further suggested that combatting slavery goes hand in hand with strengthening democracy in the Commonwealth because “Slavery undermines democracy – slaves have no voice.”

Excellent the Queen is recognising there are still massive problems with slavery STILL.,,

It is good to see the queen concerned about slavery which makes a cruel life for the victim who has no say every again what happens to them. It is not the Queen’s fault that she knows little of these matters as she is surrounded by people who probably shield her from the worst the world offers. She is a lovely lady and cares for her country and all of the Commonwealth. I hope for her a long and happy life.

I think this is excellent that Queen Elizabeth has come out in this way to lend her voice in supporting the eradication of forced labour, modern slavery, human trafficking and the worst forms of child labour and with the next Commonwealth heads of government meeting taking place in the UK in April 2018, her support has come at a very appropriate time.