Qatar to Pay Back $5 Million in Recruitment Fees for World Cup Workers - FreedomUnited.org
Skip to content
Back to Global News 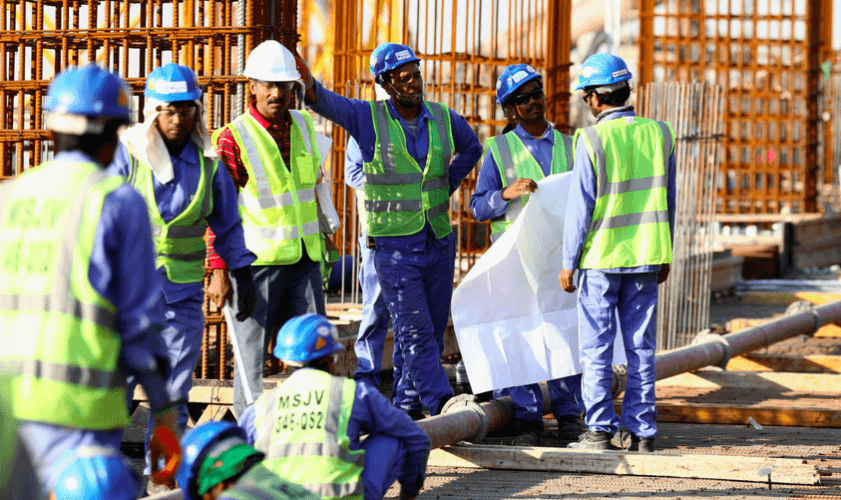 Qatar says it will pay back $5 million in recruitment fees paid by 30,000 migrant workers who are building stadiums in preparation for the World Cup. By the end of this month the government of Qatar will reimburse 5,500 South Asian migrant workers in Qatar for the fees they paid middlemen to get them a job abroad.

The move was lauded by the International Trade Union Confederation (ITUC) as a “positive step” as many migrant workers fall into debt bondage because recruitment fees are astronomically high.

As Angela Sherwood, Amnesty International’s Refugee and Migrants’ Rights researcher, notes “The high-interest loans workers take out to meet the costs of their migration often leaves them with crushing debt which significantly increases the risk of forced labour and other severe labour abuses.”

The Supreme Committee in Doha is negotiating with its contractors in the hope that the rest of the construction workers, expected to reach 30,000 by 2019, can have their fees paid as well as part of a total £3.6m ($5m) payout.

Up until now, the payments are only reimbursed if the worker can produce receipts, which only happens on a handful of occasions.

Under the reforms, the burden of proof will instead shift onto contractors who will have to pay back workers their recruitment fees unless they can prove they made the payment.

The amount they get will depend on their country of origin as figures can vary.

Rosey Hurst, Head of Impactt, an ethical trade consultancy, explained that recruitment for migrant workers is often very complex and involves many middlemen.

“The recruitment fee is like a levy according to nationalities. You might have a principal recruiter in Dhaka, Bangladesh, who will have stringers going back into villages and communities. Workers have to pay everyone as they go along and there are other expenses as a result of things like medical checks,” she said.

Sherwood from Amnesty International added that contractors need to be part of the solution so that ethical recruitment is practiced across the industry.

“[Contractors should] use their leverage across the industry to ensure recruiters who charge migrants fees face meaningful sanction, are no longer able to secure contracts and are referred for investigation by the authorities,” she said.

The World Cup is now so shamefull that I can’t watch anymore. FIFA is a discrace and human lives mean nothing anymore to the professional game which has become about money only.

dont exploit workers who are willing to take on work. They must be guaranteed that they will get a reasonable monetary return for there labour.

It i a start, but only a start. How about the high accommodation fees for basic, if not dangerous accommodation, the harsh treatment of workers in often dangerous working conditions, and compensation for illness, injury or death ?

It is encouraging to hear the Qatar government is finally doing something positive about this issue and it could only have happened as a result of the wonderful work of organisations like Freedom United.