Are Private Prison Companies Using Forced Labor? - FreedomUnited.org
This website uses cookies to improve your experience. We'll assume you're ok with this, but you can opt-out if you wish.Accept Read More
Skip to content
Back to Global News 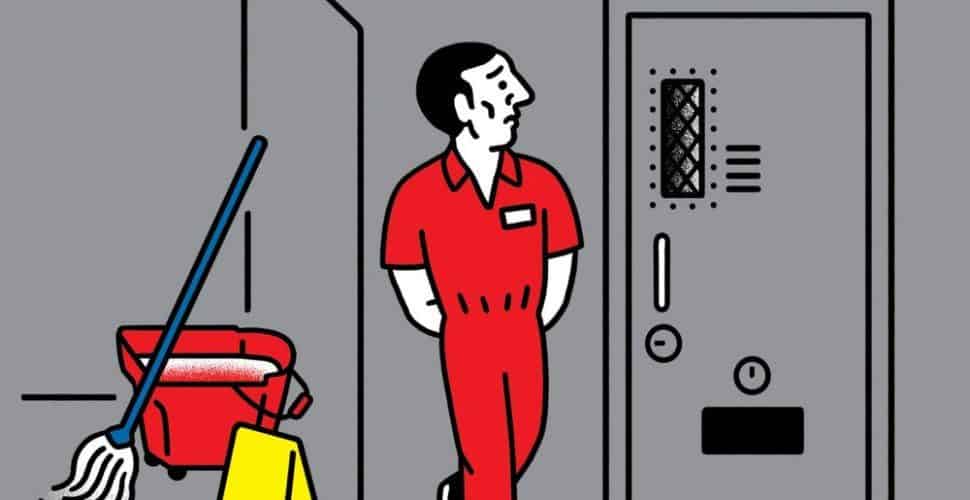 Next week the 10th Circuit Court of Appeals in Denver is due to hear arguments in a major case where current and former detainees are suing Geo Group Inc., one of the largest U.S. private prison companies, for violating federal anti-trafficking laws by coercing them to work for free under threat of solitary confinement. The case has potential to change the future of the $5 billion private prison industry.

The case was first filed in 2014 by a group of immigrants who had been detained at an Immigration and Customs Enforcement facility run by Geo in Aurora, Colo. Their key claim rests on the assertion that Geo violated the Trafficking Victims Protection Act, a law designed to stop human trafficking—a scourge many associate with sexual exploitation by gangs, not with government contractors’ treatment of detained immigrants. Their lawsuit argues that Geo violated the law’s prohibition on using threats to obtain labor.

“It would be forced labor for someone to say, ‘We’ll arrest you for not working for me,’” says David Seligman, who represents the plaintiffs. “It’s similarly forced labor to say, ‘We’re going to remove you from all contact with other people.’”

Geo Group rejects all claims made against them, calling the trafficking charge “absurd” because “the anti-trafficking law wasn’t meant to apply to federal detainees who are lawfully kept in the custody of the government.” Geo says this cases poses major risks to them as a company in their ability to honor contracts with the US government.

If the plaintiffs win, other private prison companies that use inmate labor will come under pressure to reform. The private prison industry has grown tremendously in recent years as a means to make money. “There is, almost by definition, a focus on maximizing profits and shareholder value at any publicly held private business,” says David Lopez, who will argue for the plaintiffs before the 10th Circuit.

I sure hope the 10th Circuit rules in the plaintiffs’ favor. It is only common decency that you pay a person a fair wage for their work. I hope the facts show that they are not being detained for the purpose of forced labor.