Premier League Concerned about Bogus Scouts Targeting Kids - FreedomUnited.org
This website uses cookies to improve your experience. We'll assume you're ok with this, but you can opt-out if you wish.Accept Read More
Skip to content
Back to Global News 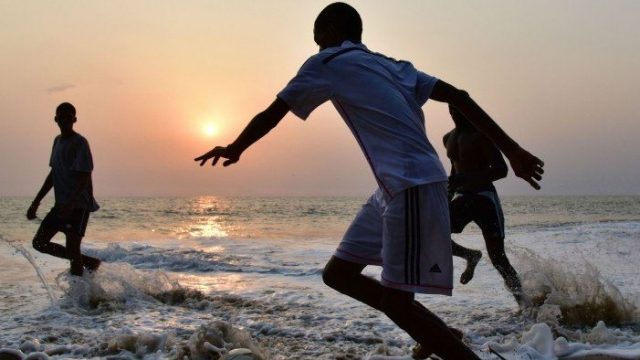 The Premier League says it is “very concerned” over new reports that bogus scouts are targeting young footballers abroad, trafficking them to the UK with false promises of trials for top teams.

The young players — largely from Africa — are duped into believing that they have been “discovered” as budding talents by fake football agents. In turn, these traffickers go to their families, asking for payments up to £10,000 to take their child for trials at top clubs such as Arsenal or Manchester United.

The Week says the Premier League would never ask for these types of payments:

Responding to the reports, the Premier League said that its clubs would never ask families from overseas for cash payments for trials and that strict rules prohibit English clubs from even registering players aged under 18 from outside Europe.

A spokesperson said: “It is very concerning to hear that scammers and fraudsters are attempting to trick people in this way, and that it can lead to such awful circumstances for young people.

“Premier League clubs would never ask families from overseas to pay for elite football trials for their children. Clubs take the education and welfare of the young players in their academies and on their community programmes very seriously and have high safeguarding standards.”

The League is urging anyone with concerns to contact the organisation’s safeguarding team.

Clubs including Tottenham Hotspur have called in authorities after children began arriving at their stadiums claiming that they had been selected for trials.

Kevin Hyland, the UK Anti-Slavery Commissioner, said these kids believe they have finally got their big break but sadly end up being exploited upon arrival in the UK.

“I’ve met children who were brought from Nigeria, for example, expecting to play for some of the best football teams in the country. But they were just lured on that promise and then when they arrived were exploited in many ways, whether that be sexual exploitation or forced labour,” he said.