Payzee Mahmod continues fight to end child marriage in U.K. and warns of pandemic risk - FreedomUnited.org
This website uses cookies to improve your experience. We'll assume you're ok with this, but you can opt-out if you wish.Accept Read More
Skip to content
Back to Global News 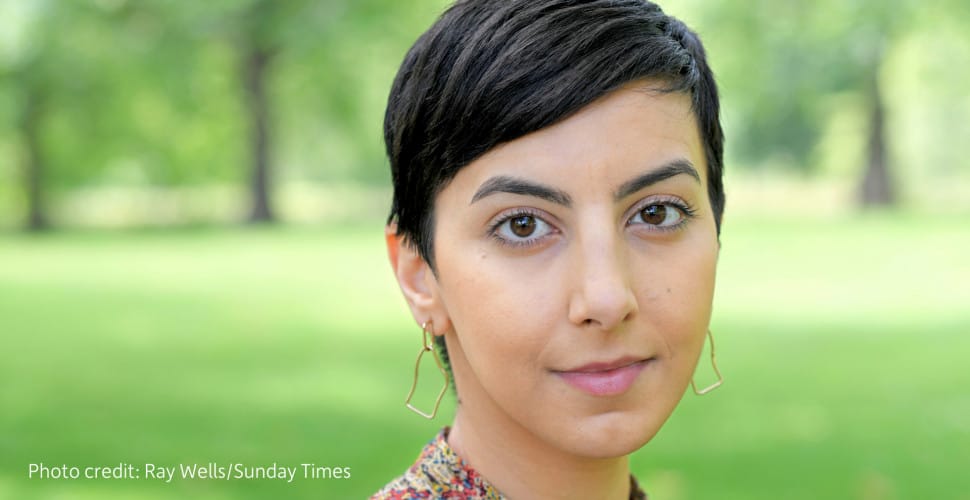 Pauline Latham MP this week presented the Marriage and Civil Partnership (Minimum Age) Bill in the U.K. House of Commons and secured a second reading of the bill next month – an encouraging step towards criminalizing child marriage in the U.K. for good.

Thirty-three-year-old Payzee was 16 when she was married to a man nearly twice her age, who became violent and abusive before she managed to flee.

She lost her sister, Banaz, in a widely-publicized “honor” killing in 2006, now the subject of a television drama that aired last week for the first time.

But according to Payzee, the drama fails to underscore the fact that when Banaz was forced to marry there was no law in place to protect her.

Under-18s can marry in the U.K. with parental consent, a loophole that campaigners have long argued facilitates coercion and forced marriage.

As a campaigner with Freedom United partner IKWRO Women’s Rights Organisation, she is urging the government to pass a bill that would close this loophole and ban child marriage outright.

Payzee, who says she married to please her father, said it is essential that children are not given the difficult responsibility of refusing parental pressure to marry.

Payzee has also echoed the concerns of numerous other charities and campaigning groups that the pandemic increased the risk of child marriage across the U.K. and the world.

During lockdown Payzee was contacted by at least seven girls via social media who said they feared for their safety and were at risk of child marriage. They reached out after watching a Tedx talk by the campaigner that had been published online.

“I understand how scary it must be for these girls to even message me,” she said. “One, aged 17, said she was at risk of ‘honour’ killing. She wants to go to university but her father is trying to marry her.”

Payzee added: “There is so much the government is not picking up on. They are not realising this is still happening behind closed doors.”

Another Freedom United partner, Karma Nirvana, said that despite the surge in reports of “honor” abuse and forced marriage during lockdown, there were far fewer calls than normal about children.

This dramatic drop has raised concerns that girls going through the same ordeal as Payzee are suffering silently, unable to rely on the support of their teachers at school.

The added risk created by the coronavirus pandemic has made the need for legislative change even more urgent.

The bill that would close the current legal loophole was presented this week in parliament by Pauline Latham MP, who argues that child marriage steals young girls’ futures by depriving them of education and other opportunities.

The U.K.’s current law is moreover at odds with its purported position as an international leader on human rights, argues IKWRO’s Naomi Wiseman.

Nearly 180,000 people have signed Freedom United’s petition calling on the U.K. government to close the legal loophole that allows under-18s to marry.

Stand with Payzee and add your name today.

Hello Payzee, would you be prepared to give a short talk via zoom to South East England Region meeting of Soroptimists in November?

Thank you for your message, we have passed this on to Payzee and she’ll be in touch!