Parramatta Girls Asked to Give Back Compensation - FreedomUnited.org
This website uses cookies to improve your experience. We'll assume you're ok with this, but you can opt-out if you wish.Accept Read More
Skip to content
Back to Global News 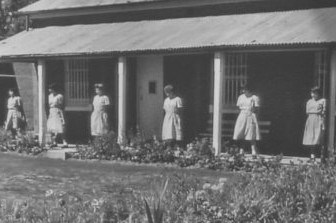 Parramatta Girls Asked to Give Back Compensation

The Parramatta Girls Home was also known as the Industrial School for Girls.  It was a state run child welfare institution in New South Wales, Australia, and it operated from 1887  to 1974…

According to this article a showdown is looming over a NSW Government demand that women who were abused as children in state care repay victims of crime compensation received years ago. Allegedly, the girls did not receive much formal education, but were instead used as domestic labor. The school reportedly housed thousands of girls who were determined to be “uncontrollable” and many suffered horrific abuse there.  Some of the women who were abused received a financial settlement, but they were asked by the government to return, pay back, money that was paid them years ago.  The victims feel like the government is giving and taking away at the same time.

Their attorney, Peter Kelso, said the women, the former Parramatta Girls, would receive personal, face-to-face apologies by senior members of the Government.  He also said, “And the financial settlements are very respectful.”  He called the government’s request that the women return smaller amounts they received earlier petty.  He has taken legal action on their behalf.

The institution was closed in 1974.

Bonnie Djuric, who started the support group, Parra Girls, is disgusted by the government’s request that the women return the compensation.  “It’s just absolutely disgusting, it really is.  It would make those victims feel worthless, devastated, actually abused again.”

A settlement hearing will be held in March.