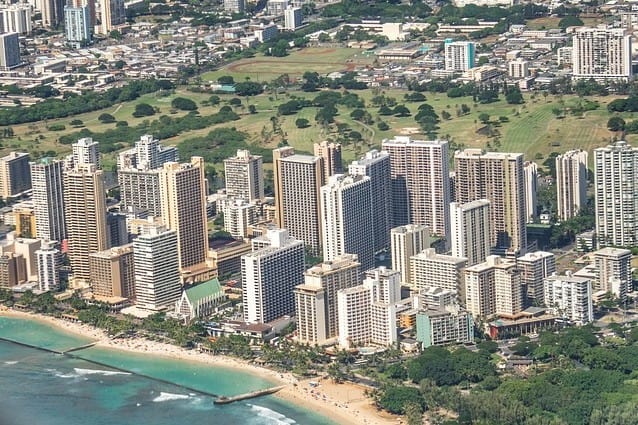 Hawaii has become a paradise lost.  When people think of the Islands, most imagine lovely beaches and exotic hotels.  Few realize that it is a major hub for the sex trafficking of girls and women…

“It doesn’t seem like there’s any action today,” Tammy Bitanga says.  Then she begins explaining that the city has two zones–Waikiki Beach with its big hotels and “high-class street walkers”.  And then there’s the area of drug addicts and low-class street walkers.  Tammy knows what she’s talking about because she used to be one herself.  She, like so many women and girls today, were forced into sex work.

Kathryn Xian started Pacific Alliance to Stop Slavery, an anti-slavery group.  She says, “It is hard to quantify but, by our estimates, the number of females trafficked for sex in Hawaii each year is most likely in the thousands. There are about 150 brothels on Oahu alone that we know about [not including those in private homes]. For each brothel, there are between three to 15 girls, mostly from Asia and some youth victims. This doesn’t include the street prostitution and online scene.”

While many are from China, Japan, Korea, and Thailand, they also come from Russia and Europe.  Their customers are wealthy men or members of the military or tourists.  Many of the girls are eventually moved on to other destinations like large U.S. cities. Xian says that Hawaii’s central placement in the Pacific sex trade circuit has cast a shadow over the islands. She adds that its been this way for almost two hundred years, and it keeps getting worse.

One of the most frustrating things for Xian is what happens to the victims who manage to escape.  Instead of being treated like survivors of rape and psychological abuse, they are put in the difficult position of having to give evidence against their abusers and face grave consequences, or face criminal charges themselves, Xian explains.