Oklahoma Cop Guilty of Raping 13 - FreedomUnited.org
This website uses cookies to improve your experience. We'll assume you're ok with this, but you can opt-out if you wish.Accept Read More
Skip to content
Back to Global News 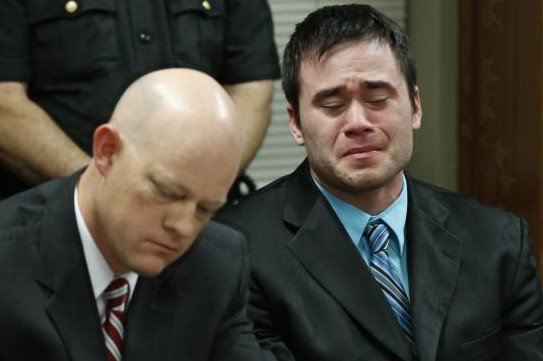 Daniel Holtzclaw enjoyed his status as a young police officer.  His thirteen rape victims, aged 17- to 57-years old, were black and from poor neighborhoods.  He assumed they wouldn’t speak up and if they did…nobody would believe them anyway.  He was wrong…

His oldest victim, a grandmother, told the media that he stopped her and forced her to perform oral sex as she was walking home:  “I wasn’t a criminal. I had no record. I didn’t do anything wrong. All I can say is, I was innocent, and he just picked the wrong lady to stop that night.” Many hope that Holtzclaw’s conviction indicates things are changing in the way the justice system reacts regarding police and black victims. The jury recommended he serve 263 years.

Another victim said, “Who are they going to believe? It’s my word against his because I’m a woman and, you know, like I said, he’s a police officer.”