Nepali Survivor Climbs Everest to Raise Trafficking Awareness - FreedomUnited.org
This website uses cookies to improve your experience. We'll assume you're ok with this, but you can opt-out if you wish.Accept Read More
Skip to content
Back to Global News 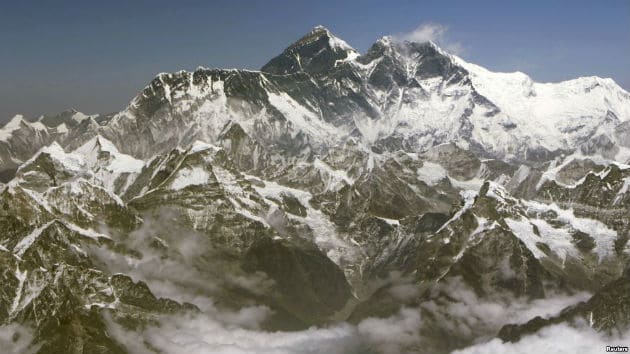 Kanchhi Maya Tamang is perhaps the first trafficking victim to climb Mount Everest, the highest point on earth.  The twenty-eight-year-old woman was exploited and abused as a maid in Egypt, but she survived.  Her feat helped spotlight the dangers of trafficking in her Himalayan homeland where thousands each year are lured into slavery.

UN Women in Nepal — which supported Tamang’s expedition — said in a statement on Monday that she reached Everest’s peak on Saturday. My mission has first and foremost been to stop forced migration of women and girls from my district, which is listed as the top district for trafficking of women and girls in Nepal,” Tamang radioed from Mount Everest Base camp, according to the statement. I want to foster initiatives that create local employment opportunities and empower women, both those facing forced migration and returnees like myself. We must empower girls — give them a rope, show them a rock, then ask them to climb it.”

The National Human Rights Commission in Nepal estimates that nearly 9,500 people were rescued in 2014/15.  That’s an increase of nearly 12 percent from the previous year.  But that figure could be greatly underestimated due to the two huge quakes that hit Nepal in 2015, and left many vulnerable to criminals who deceivingly promise a better life.

Criminal gangs in Nepal dupe impoverished women and girls into working as slaves in urban homes in neighboring India, as well as countries in the Middle East, while others are sold into brothels. Men are trafficked to work as manual laborers.

Tamang was first trafficked to India then to Egypt. He worked as a domestic worker for six years.  She was not paid the monthly salary she was promised and endured verbal and mental abuse before escaping her captors and getting back to Nepal.

She is now dedicated to preventing women and girls in her home district from suffering as she did.  She is a strong voice in her community encouraging girls to get their education.

Tamang wanted to climb the 8,848-meter (29,029-foot) summit to show women and girls in Nepal that they can achieve their dreams.  She was accompanied by 20 people who were led by Pemba Dorje Sherpa.  She reached the peak at 6 a.m. on May 20.  She held a poster that read: “We are people not property. Stop human trafficking.”

She said, “My win is a win for all women and girls. And my mission is to contribute to a discrimination-free Nepal where all girls and women have freedom and an enabling environment to realize their full human potential.”