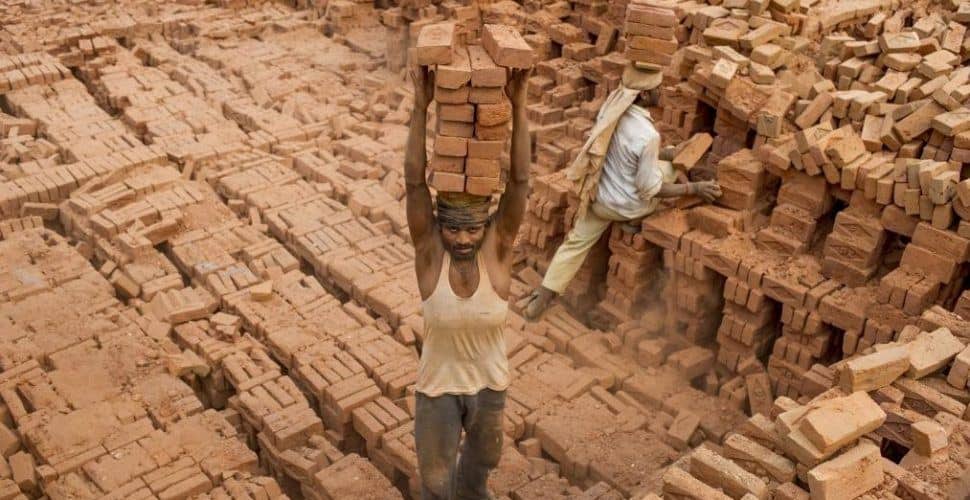 Nepal earthquake.  In April, 2015, a 7.8 earthquake shook Nepal, killing 9,000 and actually moving Kathmandu 10 feet south. Dorje was a 12-year-old boy, displaced, destitute, and homeless.  He grabbed a few of his belongings and began making his way 230 miles toward the western border town of Rupaidiha…

Dorje had wandered the streets for several days before meeting Ali Hasan, the son of a man who ran a mule train. He took Dorje in. “He is like a brother to me now,” Hasan says.

Hasan and his father brought Dorje back to Nepal – along with 14 older boys and 44 mules – at the start of this year’s brickmaking season. They had been hired to transport bricks at another kiln near Kathmandu. Dorje’s job would be to cook and help load bricks onto the mules for up to 11 hours a day – and less than 20 cents an hour. It was as if the quake had never uprooted him from the life he knew well. Human rights groups see an opportunity to bring pioneering change to one of the world’s most exploitative industries.

“I plan to do this the rest of my life,” Dorje says as he sits in the hut he shares with with the others.  Human rights groups hope his future is better than that. They see this disaster as an opportunity to bring change to one of the worse industries in the world.

Homraj Acharya, who runs an organization called Better Brick Nepal says, “This is it. If we are not able to do it this time, it’s going to take God knows how many years.”

Time will tell if the earthquake will lead to child labor reform, especially in the brickmaking industry…but the world is watching.

Developing countries often face similar pressures after natural disasters: amid widespread destruction and the need for quick progress, they must figure out how to hold down reconstruction costs while protecting their most vulnerable people.

Such challenges are made worse by the growing number of homeless families and unfortunately paves the way for traffickers and employers who exploit children as forced laborers.

To read the entire article about the Nepal earthquake, click on the link below.