MPs Announce Hand Car Wash 'Slavery Probe' - FreedomUnited.org
This website uses cookies to improve your experience. We'll assume you're ok with this, but you can opt-out if you wish.Accept Read More
Skip to content
Back to Global News 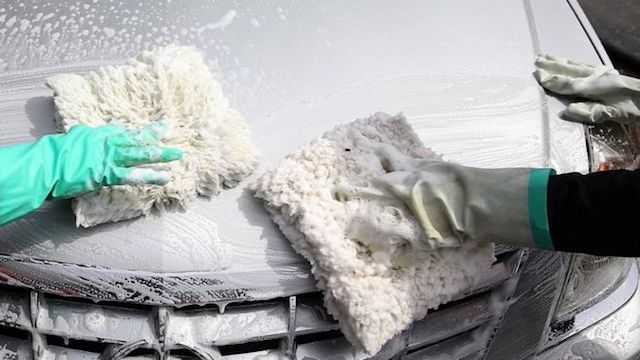 MPs say they will investigate the rise in hand car washes across the UK amid concerns that many are exploiting workers and damaging the environment.

The Environment Audit Committee will look at the effects of disposed cleaning agents on water sources as well as employment conditions after several cases of human trafficking were uncovered.

Mary Creagh, the chair of the committee, said that although these car washes are “cheap and convenient,” the prices may be “too good to be true.”

The Labour MP told the BBC much of their workforce was from Eastern Europe and there were concerns some of them were “bonded labour” – people who had been tricked into travelling abroad by the promise of a job and were now working in low-paid roles with little control over their working hours to pay off debts.

According to the Car Wash Advisory Service, there are between 10,000 and 20,000 hand car washes in the UK. Many are located on petrol-station forecourts or in busy car parks, and most are unregulated.

Ms Creagh said the investigation – prompted by the concerns of one of her fellow committee members – would “shine a light” on environmental and labour issues and claims of links to people trafficking.

Creagh added that this investigation aims to clean up the industry.

“We are trying to get to a place where the public can have confidence that if they are using a hand car wash, they are not contributing to modern slavery. If it only costs a fiver, it may be a slave driver,” she said.

Director of the Car Wash Advisory Service Dawn Fraser said that many car wash operators simply do not know what it legally required of them, but admitted that there are around 8,000 “bad boys” who are engaged in criminal activities.

In a 2014 investigation in Nottingham, the Car Wash Advisory discovered that the majority of car wash operators did not have planning permissions, did not pay a legitimate wage, and did not have permission to dispose effluents through the sewers.

Fraser expressed her support for the MP investigation, noting that it can “encourage the 70% of firms which want to be legitimate but do not know what to do and close down those only there for money laundering and modern-day slavery.”