Fashion Revolution Week: A Manifesto for the Industry - FreedomUnited.org
Skip to content
Back to Global News 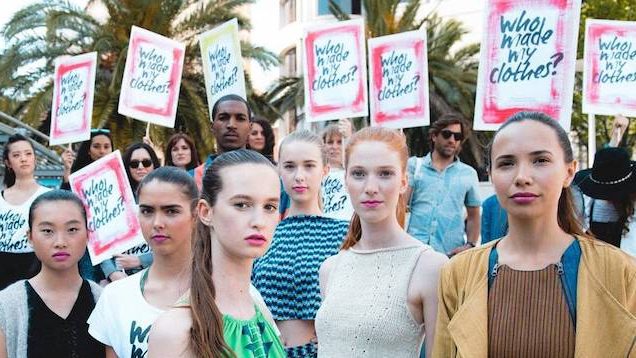 Fashion Revolution Week: A Manifesto for the Industry

This week is Fashion Revolution Week — a global campaign that calls for greater transparency in all fashion supply chains, from Primark and H&M to Marc Jacobs and Dior.

The campaign is now in its fifth year, a direct response to the Rana Plaza factory disaster that resulted in the death of 1,134 people in Bangladesh. The disaster exposed the costs of “fast fashion” — as fashion brands attempt to pump out massive amounts of new clothes for as cheap as possible, the pressure is put squarely on workers at the bottom of their supply chains. They labor in dangerous conditions for long hours and little pay.

An opinion piece by ethical fashion site BICBIM founder, Lizzie Rivera, in the Evening Standard explains what Fashion Revolution Week is all about:

Set up by fashion designers Carry Somers and Orsola de Castro, Fashion Revolution Week inverts the traditional Fashion Week catwalks by hosting “Open Studios” from London to Buenos Aires and New York, inviting people into the workshops of fashion brands such as Stella McCartney, Vivenne Westwood and Christopher Raeburn, who are able to throw their doors open to the scrutiny of the public.

You may have also seen the “label selfie” campaign #whomademyclothes already starting to trend on social media. Last year, 100,000 people ask brands the question. Often the answer will be “poor Bangladeshis/South-Americans/Chinese people”. But Orsola de Castro says some of the worst sweatshops she has seen have been in Italy – and they even exist in the UK.

Around 75 million people around the world work in the fashion and textile industry. Yet those at the lower tiers of these supply chains are the ones who suffer. An IndustriALL Global Union report found that 90% of these workers have no possibility of negotiating their wages or conditions.

You might think that paying more for fashion means better pay or better working conditions for these factory employees.

But you’d be wrong.

As Rivera points out, “Most fashion brands from Primark to luxury Bond Street stores employ the same factories and tactics.”

Still, with the help of public pressure and laws like the UK Modern Slavery Act, more companies are starting to publish their supplier lists. With transparency comes accountability.

That’s why Fashion Revolution is launching its 10-point manifesto for a “cleaner, safer, fashion industry” at parliament this week. You can read it at https://www.fashionrevolution.org/manifesto.

Having a job will be an old paradigm. It is already becoming so. The machines that make things or do things for us must be taxed on purchase and/or on what they produce; and a minimum basic income will be put in place (maybe not in every country, but the ones who will survive will do it), so that people can purchase what the machines make. We are on the precipice of complete collapse or the end of slavery.

You can buy Fairtrade or Ethical clothing on line. Check it out. It’s brilliant.