Does modern slavery power the U.K.’s illegal tobacco market?
This website uses cookies to improve your experience. We'll assume you're ok with this, but you can opt-out if you wish.Accept Read More
Skip to content
Back to Global News 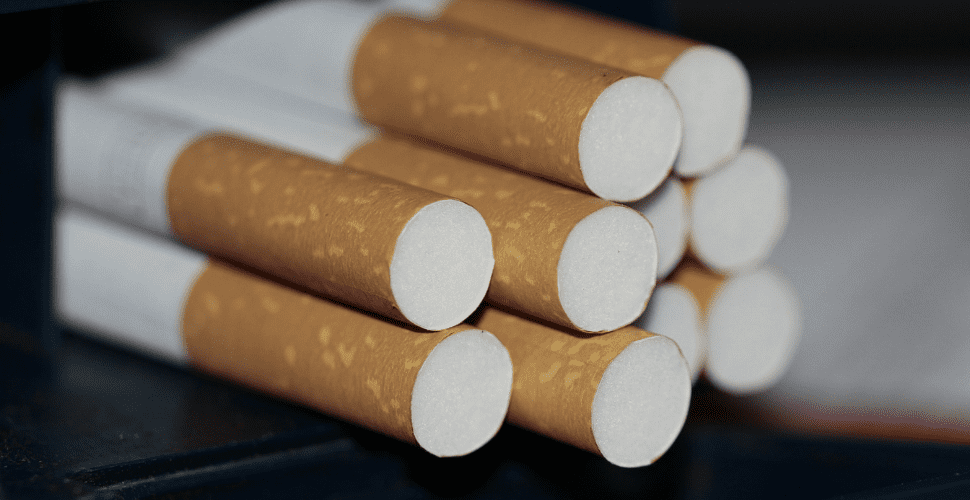 Around 2.5 billion illegal cigarettes were smoked in the United Kingdom between 2019 and 2020, according to estimates from the U.K.’s tax authority, the HMRC. Experts have raised concerns that this illicit trade is rife with modern slavery.

Working in a hole in the wall, living in squalor

In a recent search of a convenience store in the East Midlands, investigators heard noises behind a wall. Sliding aside a heater, they found a hole leading to a secret room.

Inside the room was a young man on a mattress with a stash of cigarettes. This man was tasked with dispensing cigarettes through the skirting boards. He was being paid just £20 (around $27) per day for this work.

Discoveries like this one are increasingly common in the U.K., according to trading standards investigators, and often involve asylum seekers and migrants without regular status.

“When we do our inspections, we notice little things. These guys behind the counter might not have a mobile phone, they might not have a house key, they might not have any money on them. Sometimes they won’t even know where they live – they have to pull out a piece of paper with an address written on it. They’re not dressed very well, they look like they’ve not had anything to eat, and they’re working in really poor conditions.

We speak to them about their journey to the UK and sometimes they’ve come in the back of a lorry, paying up to £20,000 [approximately $27,000] to organised crime gangs. They owe that money to someone, and they’re still paying it off.”

Some workers have been found to live on the premises of these stores in deplorable conditions. Vice World News joined an investigation at a similar property last September which shed light on the likely living situation of these workers. The report describes complete “squalor” in the space beyond the front shop and the apartment above. They found patches of foam with dirty sheets for beds, boarded-up windows, damp walls, and piles of trash.

Many victims not represented in statistics

Referrals to the National Referral Mechanism (NRM), the framework through which the government identifies and supports modern slavery victims, shot up by 42% during the 2020 COVID-19 lockdowns.

However, Hussain explains: “People don’t come forward into the NRM, they’re not reflected in the data, so [tobacco] is not seen as a problem area. Nobody we see says, ‘Yes, I am a victim. I need help.’ They don’t want to get involved with the authorities. They don’t want their £20,000 debt moving on to relatives left behind in the Middle East.”

Maya Esslemont, director of anti-modern slavery organization After Exploitation, says: “Non-UK [slavery] survivors have no incentive to work with the government, or with police forces, because they aren’t even guaranteed minimal protections.”

Freedom United calls for the U.K. government to lift the employment ban

Many of the people working in these conditions in the illicit tobacco trade are likely to have accepted such arrangements due to their lack of access to safer and fairer income-generating opportunities. Some may not be eligible for a work permit or for government welfare packages. Those who are registered asylum seekers are possibly struggling to survive on a government allowance of just £39.63 a week, which is around $54.

The evidence is clear: withholding the right to work from asylum seekers heightens their vulnerability to exploitation. The Freedom United community is calling for the right to work be granted to asylum seekers and their adult dependants after six months of having lodged an asylum claim or further submission, unconstrained by the Shortage Occupation List.

If you are based in the U.K., write to your MP and ask them to support calls to lift the ban!