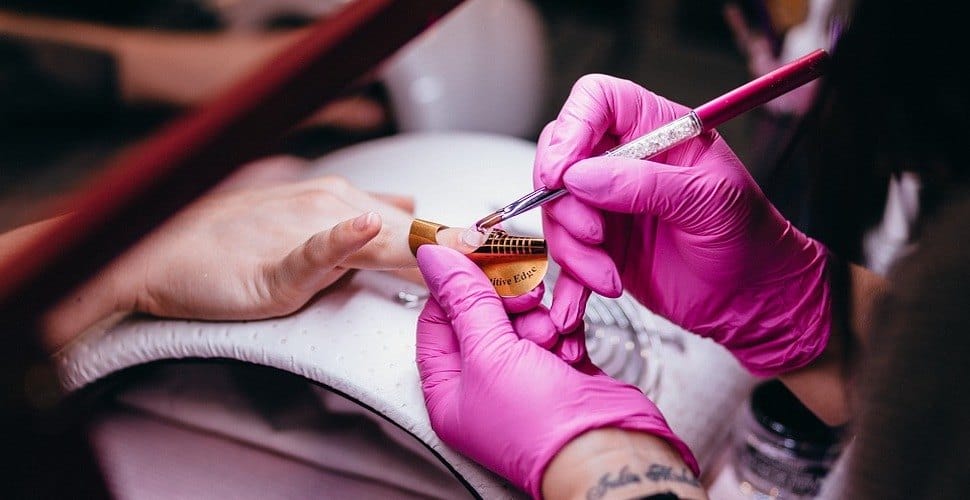 A recent police raid on a London nail bar salon suspected of trapping migrant workers in modern slavery resulted in three arrests on charges of human trafficking and the rescue of four young employees, reported The Guardian on Tuesday.

Cheap nail salons have proliferated in the United Kingdom in recent years, but their low prices often come at a very real human cost.

Although there have been few successful prosecutions of nail bar owners, modern slavery is believed to be pervasive in the industry where migrant workers vulnerable to exploitation may be trapped in forced labor.

This particular raid saw 20 police offers and an interpreter descended on a Peckham nail bar, one of five bars simultaneously raided in the London borough of Southwark.

Such raids are complicated processes, with the language barrier making it difficult to establish who might be a victim and who might be a trafficker.

Outside the shop, more police officers are questioning a tired-looking Vietnamese man who has been peering through the back of the building, then watching proceedings from the other side of the high street and making calls. They ask him to hand over and unlock his phone.

“It’s not my phone,” he tells them, speaking Vietnamese to the translator. “Some lady just gave it to me.”

“Can you just tell him I’ve never heard such rubbish in my life,” the police officer says, holding the phone in front of the man’s face to see if it would unlock with facial recognition.

“Tell him we are going to arrest him on suspicion of theft of a mobile phone.” The man unlocks his phone and officers look through the 20 calls he has made and received during the 45 minutes since the raid began, establishes that a number of calls have been made to staff inside the shop and decide to arrest him on suspicion of involvement in modern slavery and people trafficking.

Shortly, another man comes to the shop, pushing a small baby in a pram, and looks through the windows at the staff inside. “Is this your shop?” police ask him. He shakes his head, but when asked to show ID, police recognise him as the man named as the shop’s manager on a notice inside. Another officer takes the pram, handcuffs him and tells him: “You are under arrest for arranging and facilitating modern slavery. We’ll look after the baby, don’t worry.”

The extent of human trafficking in the manicure industry was thrust into public attention in October, when the bodies of 39 Vietnamese migrants were found in a lorry in Essex. Experts believe at least some of them were being smuggled into the country to work in nail bars.

While we may find it easier to associate modern slavery and human trafficking with industries such as cannabis farming and sex work, few expect trafficking to happen in plain view on their local high street.

Even after the Essex tragedy, some people may assume that well-established nail salons must be free from exploitation, despite red flags such as workers having limited knowledge of English and offering services for unusually low prices.

Meanwhile, the UK government has been unsuccessful in addressing the problem. Anti-slavery legislation was introduced in 2015 but its funding, implementation, and conflict with existing anti-immigration policies has been criticized.

Despite the evidence that modern slavery is widespread in the manicure industry, only one high-profile case of human trafficking has been successfully prosecuted.

This breaks my heart because these people have terrible lives. It also makes me angry that the general public will ‘buy’ these cheap treatments – it means the human trafficking and modern slavery continue. I train beauty therapists in the UK and legitimate nail technicians and manicurists have resistance to their pricing because of these illegal operations. This is another aspect of this social evil because it prevents skilled workers in the UK from earning a living.

Vietnamese exploiting Vietnamese. They should all be send back to Vietnam.

What about Australia, I am always feeling that nail bars are somehow wrong and exploiting workers, but how to prove that?
I know in one workers travel a long way by bus to get there, I have seen some of their lunches: plain white rice. Dare I rise alarm? They also need jobs esp when they are here by themselves, I am worried.
There are also super cheap men barbershops, we feel the same
In many of these places the workers look stressed and unhappy in others it seems good, what is anindicator

There is a cheap nail salon in my local shopping centre. I’m concerned after reading this article that it’s modern slavery! Can I do anything?

Yes, you can be prepared to go to a salon where the workers have UK qualifications and they and the salon belong to a UK beauty trade body – the Beauty Guild or BABTAC, for example. Yes the price may well be higher than the cheap nail salon but the treatment will be carried out to HABIA standards and the workers will be employed and paid fairly. I train people in ‘nails’ and these cheap operations prevent legitimate businesses from being able to survive! They cost real jobs.

I never get my nails done anyway-I work in a vet hospital so we’re not allowed. I was concerned for the Chinese workers who are doing the nails though!

Obviously the uk administration and nail bar customers tacitly support slavery in the uk. Britain was the country that made slavery a global industry, and made a lot of money doing so. The attitudes of the british have not changed.

The owner of the nail shop is Vietnamese though. He should be stripped of whatever he’s got that entitles to leave in the UK and send back to Vietnam.

I train people in ‘nails’ and it is annoying that more is not done to stop these nail bars from operating with slave labour. It’s a social evil and it prevents people with proper training who are running genuine businesses from being able to charge sensible prices and earn a living. Slavery is a disgrace and there should be no place for it in the UK. Time the government acted using legislation it already has. What can the public do? Stop buying cheap beauty treatments!