Modern Slavery in the Land of the Maya - FreedomUnited.org
This website uses cookies to improve your experience. We'll assume you're ok with this, but you can opt-out if you wish.Accept Read More
Skip to content
Back to Global News 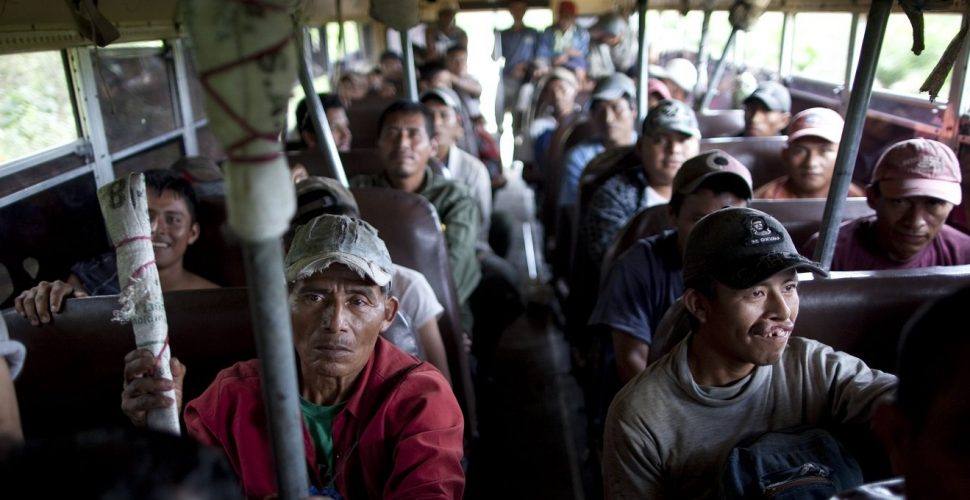 Modern Slavery in the Land of the Maya

In Sayaxché municipality in northern Guatemala, residents are holding out as the last frontier of resistance to the advance of palm oil plantations in the region as reported by Equal Times.

Residents are part of the Manos Unidas (United Hands) Cooperative, the only community in the area that has maintained collective ownership of its land. This strategy has helped locals resist pressure from palm oil companies to sell their land, but that hasn’t stopped the palm oil industry from overtaking neighboring communities, degrading the environment and trapping workers in modern slavery.

The lake that the people of Manos Unidas have depended on for years for water and fishing is now polluted with toxic chemicals that have seeped in from nearby palm plantations. As one local fisherman recounted, “Without water, we can’t live: without water there is nothing.”

Desperate for income, locals have had to turn to working for the very palm plantations that caused their suffering, forced to accept slave-like labor conditions. A farmer explained:

“They work long hours for little money, with no fixed working hours, and they have to buy their equipment themselves. But there is nothing else. If there were another source of income, they wouldn’t do this, but we have to eat.”

Workers say they are paid less only 60 quetzales (7.50 Euros) a day – less than the minimum wage — and employers threaten to throw them out if they protest. According to a local community leader, the basic economic need to support their families is what’s “driving [workers] to the slaughterhouse.”

The links between ecocide and modern slavery due to palm oil are clear in Sayaxché, and palm cultivation threatens to render lands infertile for decades, degraded by palm monoculture.