Modern Day Slavery and the Joy Smith Foundation - FreedomUnited.org
This website uses cookies to improve your experience. We'll assume you're ok with this, but you can opt-out if you wish.Accept Read More
Skip to content
Back to Global News 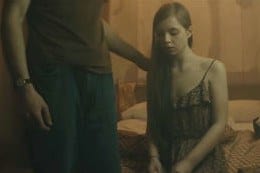 Modern day slavery is the topic of The Joy Smith Foundation’s public service announcement to be released in Canada on Tuesday. #ShesNotForSale shows a parade of men walking toward the room of a young girl being exploited as a sex worker…

This article talks about the PSA:

“This PSA is designed to snap everyone into the reality faced by thousands of girls in Canada each day,” said Diane Redsky, the Centre’s executive director. “(It’s) to educate Manitobans on the crime of human trafficking for the purpose of sexual exploitation. This is critically important for a few reasons. Sex trafficking is forced prostitution and is an extreme form of violence against women and girls. The biggest risk factor is just being a girl. The most common recruitment age is 13. Traffickers can financially gain up to $280,000 a year just for trafficking one girl in Canada.”

While some of the victims are poor and marginalized, others come from higher class homes.  The foundation is working on educating the public.  There is a great demand to purchase girls and women for sex, but boys are also victims.

Winnipeg is putting their efforts into going after the predators and pimps.  That is what drives the crime.