Migrants crossing Mediterranean flee modern slavery - FreedomUnited.org
This website uses cookies to improve your experience. We'll assume you're ok with this, but you can opt-out if you wish.Accept Read More
Skip to content
Back to Global News 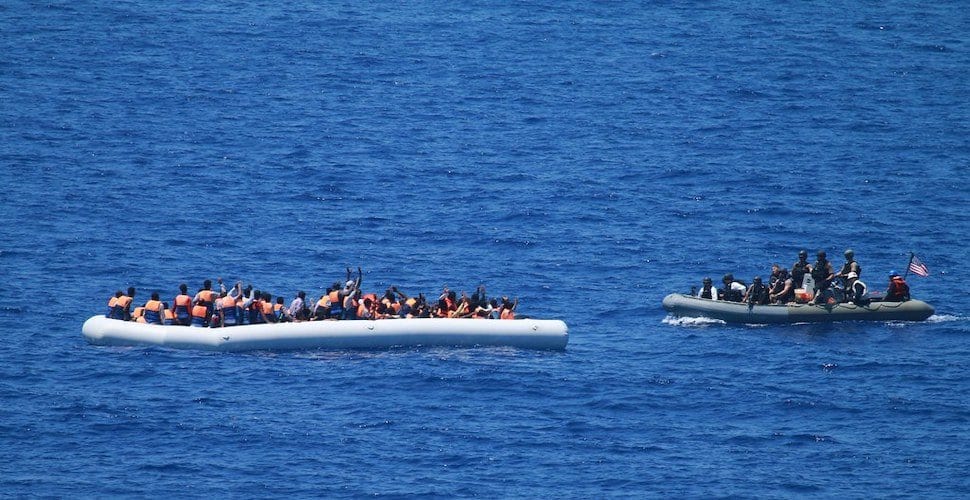 In a photo essay on Tuesday, Al Jazeera shared stories of refugees and migrants that have attempted the perilous sea journey from Libya to Italy and drew attention to the fact that many are pushed to do so as a result of forced labor and exploitation.

The fact that African migrants come to Europe to escape poverty and conflict is well documented, but it is less well known that modern slavery is also a key factor in their decision to risk their lives at sea. In addition to the frequent abuse and extortion they suffer on their way to Libya, migrants may find themselves trapped for months or even years in conditions of modern slavery once they get there.

Medical reports contain shocking details of the physical abuse endured by migrants and refugees in Libya, including electrocution, beatings, and machete wounds. Female migrants, who make up around 10 percent of the migrants in the country, shared stories of domestic servitude under threat of physical and sexual violence.

It is these traumatic experiences that often make migrants so desperate to risk the journey to Europe.

“You see this,” Karim, a rescued migrant, told Al Jazeera while pointing to his shoulder. “This is where a Libyan stabbed me when I asked for money for the work I did for him.”

He then pointed to his right leg.

“This is where I was shot while waiting for work in Tripoli. There is complete lawlessness there. Everyone has guns and knives. There are no rights for black people, even someone who has been stabbed or shot.”

Florent, from Cameroon, was another migrant rescued from an overcrowded rubber boat in distress in the Mediterranean after he managed to escape Libya.

“If I die right now, I’ll die with no regrets. I’ve managed to escape Libya. It was hell. Nothing less than hell,” he said.

The onus to rescue migrants in the Mediterranean has increasingly fallen on NGOs as European nations have tightened their borders in response to the refugee crisis. But they have faced legal challenges and even imprisonment by governments accusing them of aiding illegal immigration. The UN has warned of the “sea of blood” that would result if NGOs were unable to operate in the Mediterranean.

Over 120,000 migrants and refugees braved the Mediterranean in an attempt to reach Europe’s shores last year. 1,283 of them died in the process. Libyan coastguards intercepted almost 9,000 and returned them to detention centers. Many migrants are not aware of these dangers, and may even have been told that the journey involves merely crossing a small river.

But many others are well aware of the risks, and can simply no longer endure the conditions of modern slavery they face in Libya. As one man from the Central African Republic told Al Jazeera, “You don’t see the waves. You just see a boat. And that’s your chance to get your freedom again, far away from Libya.”

“The UN has warned of the “sea of blood” that would result if NGOs were unable to operate in the Mediterranean.”
Debatable. NGOs are actually one of the reasons why so many migrants are willing to make the crossing because they know that there are a lot of NGO vessels. NGOs encourage migrants to risk their lives at sea.

What a load of rubbish!