Mexican Child Migrants Sent Back to Face Violence - FreedomUnited.org
Skip to content
Back to Global News 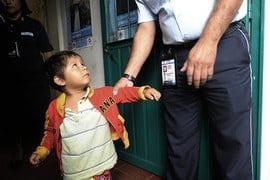 Mexican child migrants at the border are being sent back to face violence in Central America.  A recent report by the Human Rights Watch (HRW) claims that only 1% of the thousands of minors trying to escape violent gangs are granted refugee status…

These children are regularly deported by Mexican immigration authorities with little consideration of the dangers they might face as they begin the long trek back home.

More than half of the children hoping to cross the border are trying to escape from criminal gangs in Central America’s violent northern triangle. 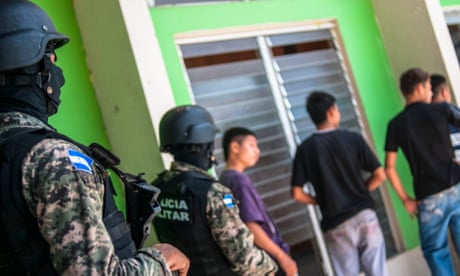 Human Rights Watch reports that those authorities sometimes actually create obstacles to prevent the minors from seeking and gaining asylum, although they face physical and sexual violence on the return trip.  Last year, only 52 were granted protection and asylum.

International law says that children can only be held in a state detention facility as a last resort, but in violation of such laws, the children at the border are often kept in those immigration facilities.  See: Closed Doors: Mexico’s Failure to Protect Central American Refugee and Migrant Children.

In 2015, Mexico apprehended more than 35,704 children from Honduras, El Salvador and Guatemala – 55% more than in 2014 and a staggering 270% more than in 2013. Children often flee after being targeted by violent street gangs amid little hope of protection from overwhelmed, corrupt and inept state institutions. In Honduras, most of the 400 children murdered in the first half of 2014 were thought to be victims of gang violence.

In 2014, the U.S. insisted that Mexico begin increasing its border security against undocumented migrants, due to the very large numbers of unaccompanied children coming to the U.S. Obama called it a humanitarian crisis.

To read the entire article about Mexican child migrants, click on the link below.