Is the World Cup Stadium Using Forced Labor? - FreedomUnited.org
This website uses cookies to improve your experience. We'll assume you're ok with this, but you can opt-out if you wish.Accept Read More
Skip to content
Back to Global News 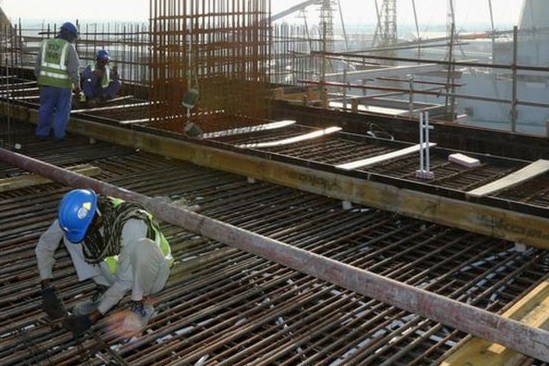 Is the World Cup stadium being built by victims of forced labor?  Amnesty International says that the new flagship stadium for the 2022 World Cup is doing just that…

They contend that Khalifa International Stadium workers are forced to live in squalid accommodation, pay huge recruitment fees and have had wages withheld and passports confiscated.  They say the facility in Qatar is being built on human rights abuses.

Qatar agreed to investigate the allegations and said that the treatment of migrant workers was a top priority, reiterating that it is committed to labor law reform.

Fifa, the governing body of world football, said measures had been taken that had already improved the situation for migrant workers. Last year the country pledged to make changes to its “kafala” sponsorship system, under which migrant workers cannot change jobs or leave the country without their employer’s permission.

Amnesty argued that those proposed reforms would make much difference to the workers who are currently in a living nightmare.

General Secretary, Salil Shetty, said, “All workers want are their rights: to be paid on time, leave the country if need be and be treated with dignity and respect.”

This article reports that…

Amnesty said every migrant it had interviewed had reported abuses of one kind or another, including being:

An Indian metal worker on the project told Amnesty that his employer threatened him when he complained about not being paid for several months. “He just shouted abuse at me and said that if I complained again I’d never leave the country. Ever since I have been careful not to complain about my salary or anything else. Of course, if I could I would change jobs or leave Qatar.”