Mauritania Vows to Stop Slavery - FreedomUnited.org
This website uses cookies to improve your experience. We'll assume you're ok with this, but you can opt-out if you wish.Accept Read More
Skip to content
Back to Global News 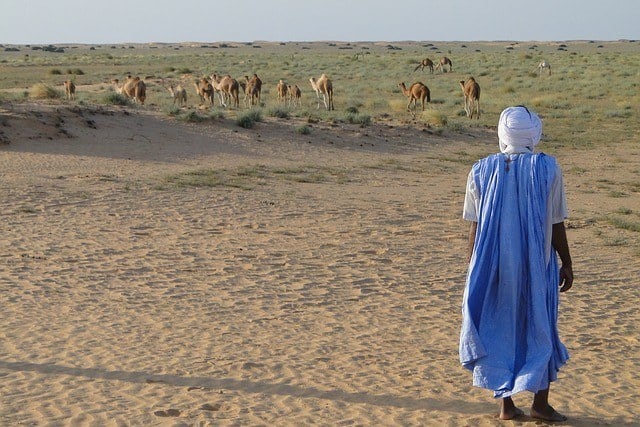 Mauritania is now committed to improving its fight against slavery.  This would make it the second African nation to approve the United Nations treaty that now gives them some legal muscle to combat forced labor and trafficking…

This article explains that slavery stems from a long history in Mauritania, a history that allows masters to actually own children and adults. The Haratin, the slave caste, have ancestors from African ethnic groups that lived near the Senegal River.  They were cattle herders and domestic servants.

The West African country has the highest prevalence of slavery, according to the Global Slavery Index, which estimates that 4 percent of the population – or some 150,000 people – are living as slaves. The International Labour Organization (ILO) said on Monday that Mauritania was the fourth country to sign up to the protocol which includes measures to prevent modern forms of slavery as well as compensate victims.

The ILO estimates that today more than 21 million are entrapped in slavery globally.  The illegal business generates $150 billion each year.  So far, three countries, Norway, Niger, and Britain, have already agreed to the protocol.  The ILO is hoping to get at least 50 countries by 2018. Although Mauritania criminalized slavery in 2007, this new law gives more muscle to lawmakers, because under it, trafficking is a crime against humanity, meaning the prison terms can be doubled.

The problem in Mauritania is not just the continuation of the age-old slavery going on in the country, but now girls are also taken to the Middle East as sex slaves.

Aeneas Chapinga Chuma, the ILO’s Africa director, says the ratification is “a first concrete step in putting in place the legal framework to protect people from the scourge of human exploitation and forced labor”.