Marriott Hotel Workers Battle Exploitative Loans - FreedomUnited.org
This website uses cookies to improve your experience. We'll assume you're ok with this, but you can opt-out if you wish.Accept Read More
Skip to content
Back to Global News 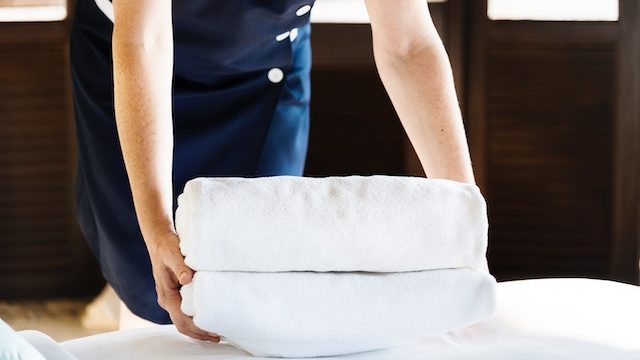 What do US hotel workers at Marriott International have in common with Indian tea plantation workers?

According to Tom Hunt and Genevieve LeBaron from the University of Sheffield and Jennifer (JJ) Rosenbaum from Global Labor Justice, both groups of workers face exploitative loans tied to their employers.

Related Campaign: Traidcraft Exchange are Asking: Who Picked My Tea?

In their survey of Indian tea workers, they found that more than half had taken out loans from their employers to meet basic needs and many were unable to leave plantations due to debts from these usurious loans.

Now, they see parallels with Marriott employees, specifically in regards to fees and interest payments charged by the Marriott Employees Federal Credit Union (MEFCU), an independent credit union but one which is led by senior Marriott executives.

A class action lawsuit alleges that MEFCU, in violation of US lending law, doesn’t inform its members – who are employees at Marriott International and other companies- about the true cost of its ‘mini-loans’.

The plaintiffs allege that when application fees are added to the interest rate, the mini-loans of up to $500 have an APR of 46%, way above the advertised 18%. In 2017 MEFCU charged ‘more in fees for every dollar loaned than any other credit union of its membership type’.

Court papers argue that “while the mini-loan may appear to be a free-standing financial product, it is part-and-parcel of the unequal bargaining relationship between the Marriott and its employees.” Here is the crux of it: instead of getting regular shifts and stable wages, Marriott workers are offered quick high-cost loans with repayments deducted from their pay.

These are red flags for forced labour.

These warning signs are important because “there is a porous boundary between someone being a victim of forced labour and a worker subjected to lesser and more routine forms of exploitation.”

For example, an unexpected drop in scheduled working hours or a hospital bill could be the trigger that causes a worker to take out a loan. For Marriott’s predominantly black and Latino workforce, there are few other choices.

But as the authors argue, Marriott can take clear and productive steps to “practice what they preach.”

“Prioritizing paying living wages, preventing wage theft, gender based violence and unfair labour practices, and engaging trade unions as a core partner would be a real plan to prevent forced labour – wherever the workers are.”